TEST DRIVE A DODGE VEHICLE, GET TWO TICKETS TO THE HOLLYWOOD VAMPIRES AT DTE ENERGY MUSIC THEATRE ON JULY 16 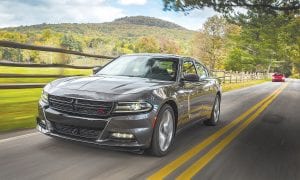 Thirty-nine Metro Detroit Dodge dealers, including Jim Riehl’s Friendly Automotive Group in Lapeer and Milnes Chrysler Dodge Jeep Ram in Imlay City are running a “Tickets for Test Drive” promotion, now until July 11, giving away tickets to the “Dodge Presents The Hollywood Vampires” concert on Saturday, July 16 at DTE Energy Music Theatre to consumers who test drive a new Dodge vehicle. The Hollywood Vampires show features Alice Cooper, Joe Perry and Johnny Depp. The ticket giveaway is open to Michigan residents, 18 years of age or older with a valid U.S. driver’s license at the time of the dealer visit. Each participant receives a voucher for two lawn tickets to the “Dodge Presents The Hollywood Vampires” concert, a total face value of $50. DTE Energy Music Theatre fees of $8.50 per ticket will still apply. Vouchers must be redeemed online for printed tickets at www.palacenet.com/hollywoodvampires. Limit one voucher per person, household or address. 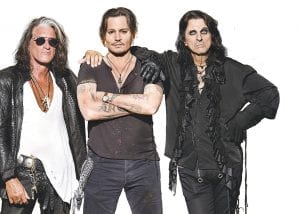 “We encourage Dodge fans and Hollywood Vampires fans to visit a Metro Detroit Dodge dealership to test drive a Dodge vehicle and walk away with a pair of lawn tickets on us,” said Jeff Hines, Director, Great Lakes Business Center, FCA US. “We’re all excited to see Alice Cooper, Joe Perry and Johnny Depp together live and want our local Dodge fans to be a part of the action.”

Tickets must be redeemed online and printed. Voucher is not valid for entry. Face value for each ticket is $25. A facility fee of $8.50 per ticket will still apply. 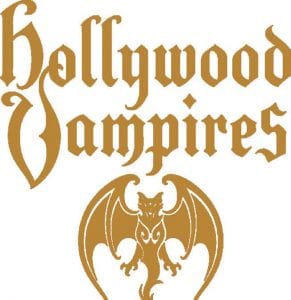 Following their wildly successful concerts at the Roxy Theatre in Los Angeles, in front of 100,000 screaming fans at the Rock in Rio festival, and their spectacular worldwide television debut on the 2016 Grammy Awards reaching a global audience of almost 25 million people, fans worldwide demanded more. The Hollywood Vampires – Alice Cooper, Joe Perry and Johnny Depp – always deliver and arranged their schedules to give their fans what they want. The Hollywood Vampires will perform at DTE Energy Music Theatre on Saturday, July 16 at 7:30 p.m. The concert is exclusively sponsored by Dodge, the performance brand of