Texas truck driver charged in fatal crash on I-69 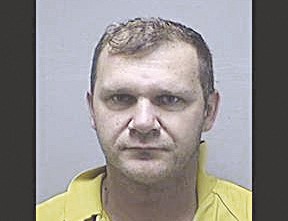 Dalibot Sakotic, driver of a semi, has been charged in I-69 rear-end crash that killed two people.

FLINT TWP. — Genesee County Prosecutor David Leyton has charged a Texas truck driver in the fatal crash at 11:38 a.m. on March 14, that killed a Davison man and his three-year-old daughter, according to a press statement.

Dalibot Sakotic, 34, of Wylie, Texas, has been charged with two counts of manslaughter with a motor vehicle, a felony punishable by up to 15 years in prison, and one count of Reckless Driving Causing Serious Impairment, a 5-year felony.

Sakotic was driving a semi-truck and trailer westbound on I-69 near the Bristol Road exit, when he slammed into the rear of a Chevrolet Malibu passenger vehicle carrying four people. When police and emergency responders arrived on the scene, they found the rear end of the Malibu smashed and partially under the semi.

The two rear seat passengers in the Malibu, 27-year-old Cody Scott Thomas and his 3-year-old daughter, Aria Raven Thomas, were killed. The driver of the Malibu, a 28-yearold Clio man, is hospitalized with serious injuries. The fourth passenger in the vehicle, a Davison woman, 27, who survived the crash, sustained non-life-threatening injuries and was transported to a local hospital. She was Cody Thomas’ wife and Aria Thomas’ mother.

“This is a terrible tragedy that took the lives of a father and his young daughter and left their grieving wife and mother behind,” said Genesee County Prosecutor David Leyton

“We will do all we can to see legal justice through in this case,” Prosecutor Leyton said.

Sakotic has been arraigned in the 67th District Court.

Flint Township police officers who responded to the accident reported there were four vehicles involved.

After the tractor-trailer rear-ended the fourdoor sedan, both vehicles ran off of the road and came to rest in the ditch on the north side of expressway. The two other vehicles remained on the roadway.

The driver of the third vehicle, a 51-yearold Linden man, was uninjured.

The driver of the fourth vehicle, a 27-yearold Ann Arbor woman, sought treatment at a local hospital for minor injuries.

Sakotic and a passenger in the semi, a 37 year old Dallas man, were not injured.

Alcohol was not believed to be a factor in the crash, police reported. — R.S.