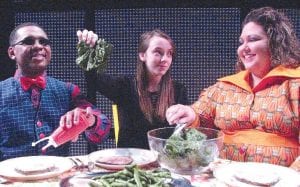 FLINT — Students from Genesee County will be in the spotlight when Flint Youth Theatre’s production of The Great Gilly Hopkins puts a popular, award-winning story about redemption, the need to be wanted and the ability to change one’s heart, onstage Feb. 11- 26.

This is the third production in the 2010-2011 Signature Series season with the theme, “Rites of Passage: Life Lessons and Stories About Coming of Age.” The Great Gilly Hopkins is based on the novel written by Katherine Paterson and adapted by David Paterson and Steve Liebman. This production is directed by FYT Artistic Director Designate Jeremy Winchester and co-designed by FYT Executive Artistic Director William P. Ward and Winchester.

Twelve-year-old Gilly Hopkins is determined to be an unpleasant foster kid. As she bounces from one home to the next with her reputation for being brash, brilliant and completely unmanageable, her name strikes fear in the hearts of foster parents across the county. And when forced to move once again, Gilly embarks on a no-holds-barred campaign to terrorize everyone in her new surroundings. She is more determined than ever to leave her new home to search for her real mother whom Gilly believes will love her unconditionally. Adapted from the Newbery Honor Book by Katherine Paterson, The Great Gilly Hopkins is rich with humor and emotion and will hit home with young people and adults, alike. 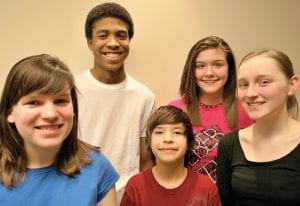 Reflecting on the concept of life lessons within the play, Winchester said “Gilly has had a rough eight years. Abandoned to the foster care system at the age of three, she has bounced from home to home and school to school, and grown more mistrustful with each change. So she lashes out. She has learned she can manipulate the people around her by being cruel, and in so doing, exert a degree of control over her life. But this lashing out also makes her world more chaotic. How can Gilly ever hope to find stability and happiness if she continues to make life miserable for everyone around her?”

Behind-the-scenes videos for The Great Gilly Hopkins are available at flintyouththeatre.org. The videos offer exclusive rehearsal footage and interviews with the director, actors and production staff. A conversation with the creative team will follow the performance on Feb. 12 and 18 at 7:30 p.m. and Feb. 26 at 2:30 p.m.

The Great Gilly Hopkins is sponsored by The Whiting Foundation. Flint Youth Theatre’s 2010-2011 Signature Series, “Rites of Passage: Life Lessons and Stories About Coming of Age,” is generously supported by the Ruth Mott Foundation.