The Lions didn’t lose, but they didn’t win either 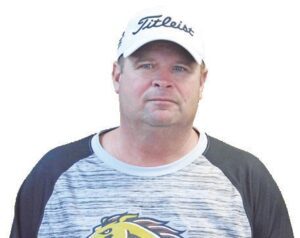 Can I ask a serious question about the Lions and Steelers game last Sunday afternoon? Is that not, top three one of the worst games ever played by two NFL football teams?

It was a total comedy of errors in the 16-16 overtime tie. I mean, I know the Lions stink worse than a person who has not showered all summer long. However, I thought the Pittsburgh Steelers stunk just as bad as the Lions.

The quarterback play by Jared Goff was as embarrassing as it gets in the NFL. Jared Goff was 14/25 for 114 yards in the football game and this is not a misprint.

How about Mason Rudolph? A smooth 30/50 and 242 yards on the day. Yes, Mason Rudolph threw the pigskin 50 times in an NFL game! Good Grief!

The Detroit Lions star was D’Andre Swift, a work horse performance of 33 carries for 133 yards. Swift is becoming a star on this football team. I love how Swift plays.

The kicker Ryan Santose was an utter joke. Ryan missed an extra point and then the game winning kick also. It was the worst game winning attempt I’ve watched by an NFL kicker. A line drive kick that had about as much of a chance as I do sustaining a three month diet of salads. It was a true horror of a kick that belongs on Halloween night. 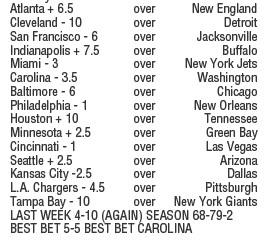 Let’s get into Dan Campbell, head coach, calling the offensive plays the entire game. He was horrendous and needs to hand the laminated play calling sheet to anyone but him. The Lions should have defeated this Steelers team with Ben Roethlisberger on the sidelines due to COVID-19 protocols. The only positive is the Lions cannot go 0-17 but 0-16-1 is still on the table for the Motor City Kittens. The Lions will hit the road and take on the Cleveland Browns this coming Sunday.

The college football playoff rankings should remain the same with Georgia No. 1 followed by Alabama, Oregon, and Ohio State. The next two in the five and six spots will be Michigan and Cincinnati.

The Michigan Wolverines pulled out a late come from behind victory over Penn State 21-17. A huge catch by tight end Erick All with 3:29 left in the game resulted in a 47-yard touchdown. The running of Hassan Haskins was key with 31 carries for 156 yards. The fact that a Jim Harbaugh Michigan coached team won a big game on the road is hard to believe. Jimmy is not much for big wins during his Michigan tenure. The Wolverines have a trap game with Maryland on the road before “The Game” with Ohio State. I say, Michigan don’t choke by losing to the “Turtles.” The kickoff is set for 3:30 p.m.

The Michigan State Spartans, I thought, did a tremendous job regathering themselves after the loss to Purdue. The Spartans took care of Maryland 40-21 in a huge let down spot for Sparty. I give props to coach Mel Tucker for keeping his football team focused. The Big Ten Championship is still obtainable if they can run the table. The Ohio State Buckeyes are beatable, if you ask me.

However, MSU will need to play top-notch football on Saturday. The Spartans will look to run the football and keep the high-powered Ohio State offense on the sidelines.

Let’s be honest, the Buckeyes are very weak at stopping the run this season. I feel as though this could be a total offensive shootout type football game. I will say, MSU’s defensive backs need to play better than they did against Purdue or Ohio State will hang 60 points or more on them. The kickoff is set for high noon. The Fat Guy prediction: Scarlett and Gray 47 and Green and White 31.

My last two weeks of NFL picks have been horrendous as I am in a handicapping slump … Let’s try to fix that this week.