The most popular gift 25 years ago 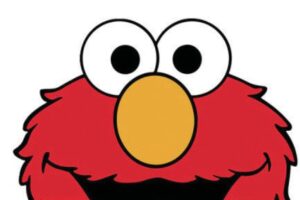 It’s easy for adults to experience a little nostalgia when holiday shopping for their children. The holiday season has long been considered a special time of year, and much of that magic can be traced to the joy kids feel when unwrapping gifts from mom, dad and, of course, Santa Claus.

Many parents who now have youngsters at home grew up in the 1990s. When such moms and dads are shopping for holiday gifts this season, they might wonder what was the must-have item for them back when they eagerly awaited the arrival of Christmas morning?

According to Insider.com, which worked in conjunction with the Strong National Museum of Play in Rochester, New York, 1996 was the year of “Tickle Me Elmo.” This ticklish toy was the most sought-after item of the 1996 holiday season, and it was so popular that retailers experienced shortages. Those shortages led to some surprising sales on the secondary market, with figures that will undoubtedly drop some jaws even now, a quarter century after the Tickle Me Elmo craze erupted.

Though the Tickle Me Elmo doll retailed for around $30 in 1996, some parents intent on getting their youngsters the most in-demand gift that year reportedly spent more than $1,000 on a single doll. To put that latter figure into perspective, data from the U.S. Bureau of Economic Analysis indicates that the average price of a new car in 1996 was $18,525. And according to Yahoo! Finance, drivers in the market for a used car in 1996 could have purchased a 1986 four-door Oldsmobile for just over $2,600.