The movement to rewrite our society 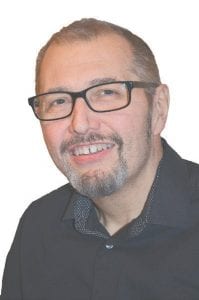 I ’ve sat by and watched a lot of ridiculous stuff pass by me online, in the media and in person this past year, without comment or criticism.

But when it comes to tampering with the Christmas season, I have to say, “enough already.”

It started with the bashing of Christmas pop culture and has culminated with the suggestion this week that Santa Claus become gender neutral, or a woman, whichever reimagined image floats your boat. It was at this point I about fell out of my chair and said, slow your roll – quit tinkering with everything.

The first of those tunes was criticized because the guy in the song sounds like he can’t take “no” for an answer from the woman. The latter was called a song about bullying and some listeners complained – to the point they were pulled from the line-up at some radio stations.

I’ve heard both sides in the turmoil of whether these two songs, and the children’s Christmas TV show about Rudolph, should air, and I think the whole thing is downright foolish. Seriously, we’re going to sit here as a society and argue over a couple songs when people in this country are homeless and starving?

If these songs are harmful to children, considering they’ve been Christmas staples for decades, and they send a bad message, then parents who are concerned about what these songs might teach their children need to sit down and talk it over with them.

If you’re really going to pick these songs apart, then look at the outcome of each – no one is coerced into anything and there is no date rape involved in Baby its Cold Outside and Rudolph overcomes the bullying and becomes “the most famous reindeer of all.”

If this wasn’t bad enough, now there’s a movement afoot to have Santa become a woman, or that he become gender neutral. I heard this over the past weekend and couldn’t help but shake my head. Modern day Santa Claus

is based on St. Nicholas, a real-life MAN who lived during the third century who was known for his generosity and his love of children. The real person Santa is modeled after is a man, the character has historically been a man (or a jolly old elf, depending on accounts) who has male features and is married to a woman, Mrs. Claus.

Why does this need to be changed? Because society has changed so hence everything must conform to this new society? I’d prefer to hold on to some of what is left of our society and I draw the line with Santa Claus.

You can rewrite genders, you can sanitize history because apparently it offends some people and you can even make pop culture conform to the new societal norms – but don’t force a male Santa to become something he’s not, something he never was to begin with.

Some things are better left alone.

Gary Gould is the managing editor of The View Newspapers. Contact him at 810-452-2650 or email him at ggould@mihomepaper.com.