The NBA is set to return, other sports still up in the air 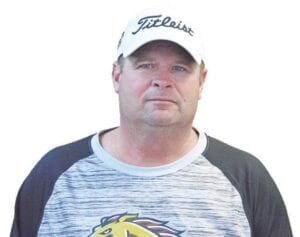 The NBA will return on July 31 and NBA games will resume then. I want to breakdown — to the best of my abilities — how it’s going to work. There are a lot of moving parts to the restart of the NBA season similar to my golf swing. First of all, 22 teams will partake in the conclusion of the regular season. The scene will take place at the Walt Disney World’s ESPN Wide World of Sports Complex. Wow, that’s a mouthful, isn’t it? The top 16 seeds are invited back to Orlando. (Let’s clear this up and note the pitiful Detroit Pistons are not one of the invitees.) The Eastern Conference has one team — the Washington Wizards — coming to compete for a playoff spot. The Western Conference has five invited including: New Orleans, Portland, Sacramento, San Antonio, and Phoenix. The schedule of events leading up to the restart of July 31 will look like this. The players outside of the USA have to be back by June 15. On June 21 all players need to be at home base. I am not sure, but I believe that means the city you play in. The players will be tested for COVID-19 on June 22. On June 30, training camp will open. The players will report to the Orlando complex on July 7. The season will start on July 31. The teams will play a few exhibition games to start and no schedule for that has been set yet. The NBA has stated there will be nightly testing for COVID-19 and if tested positive, the player will be quarantined for seven days. The NBA will play eight regular season games to conclude the season. The eight seed and nine seed will battle for a playoff spot with play in games. The play in games only take place if the nine seed is within four games of the eight seed. The nine seed has to beat the eight seed two straight games to make playoffs. I told you, there are numerous moving parts to this restart. The series in playoffs will be a best four of seven series. The season should conclude around October 12. The NBA has also released other important league information. The Draft Lottery is August 25. The NBA Draft is set for October 15. The season for next year will start on December 1.

The fact is, we will have sports on live television and I believe we sports addicts need something! It’s been way too long without live sports. The conclusion of the NBA season will crown an NBA Champion in 2020. It will be different and that’s an understatement for sure!

I want to say the odds of playing baseball here are dwindling by the day. I really thought baseball would be the first one to fire up their season as I stated last week. I knew the players and owners would reject both proposals, which were on the table and they did just that. The problem is, both sides seem so far apart in negotiations. Shockingly, money is the No. 1 issue. The owners want prorated salaries and players want tons of cash. I read a player who said, why play 25% of the season for 25% of pay? The risk is not worth it, and he was not talking about COVID-19 either. The risk would be associated with injuries. I feel as though it would take a pitcher three to four weeks to get ready to pitch this season. I want to say baseball season will be resumed when money issues and length of schedule is determined. It will be a week-to-week negotiation.

The NHL’s timetable to return is still up in the air. The facilities are now open for teams to return. The league has decided to have a 24-team format and teams will be reseeded after every round of the playoffs. The NHL seems to still have many issues to work out and might take some time to get implemented. The sports world is in a total state of unknown except for the NBA. I can be reached at thefatguy@mihomepaper.com.

Workday Charity Open win, a name change and what’s ahead for college footballA look at the Rocket Mortgage winner and the status of NBA, NFL, MLBNFL news, hockey draft picks and baseball’s return