The Pokemon GO craze is a mystery to me 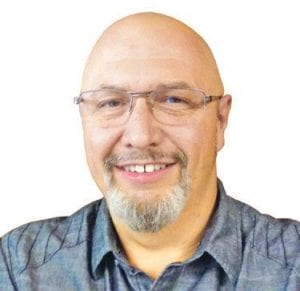 I’ll admit I don’t know much about the whole Pokemon GO craze, despite the fact my son, Sam, has subjected me to watching at least 650 episodes of the Japanese anime program over the years.

I get the premise of the show. It’s about this whiny kid named Ash Ketchum (get it? Catch ‘em) who is so determined to be a Pokemon master that he and a group of friends (who I can’t tell if they are children or adults) endlessly walk through the countryside and sometimes do battle with other Pokemon fighters.

Pokemon, by the way, are these little creatures who appear to be cute, non-threatening, sometimes even cuddly pets. But looks are deceiving when they attack and unleash powers like electricity, fire and ice. Apparently Pokemon fighters search for these critters and capture them so they can fight other Pokemon.

OK, if you’re not lost yet, we’ll talk about the new Pokemon GO app people of all ages are playing on their phones and other hand-held devices. The app allows you to use the camera function and when you look at the screen you see whatever the device is pointed at – except you may also see Pokemon lurking about for you to catch.

So you line up a PokeBall (a device used to capture Pokemon) on the screen with the little beastie and throw the ball, which if it hits the Pokemon, swallows it up for storage so it can be used to battle other Pokemon later.

The app has barely been out for a week and already thousands of people are playing. I first took notice when I saw two boys riding their bikes along a sidewalk, both of them stopping and pulling up a map of the city on their cellphone screens to they could locate nearby Pokemon.

Since then there have been other sightings of people wandering around looking at their device screens. Some are alone, sometimes they are in groups. It sort of reminds me of the old movie Invasion of the Body Snatchers where slowly all the humans are duplicated and replaced by aliens.

Or, in this case, Pokemon champions.

There is also a dangerous side to the game. Some people have trespassed on private property to find Pokemon, others have been duped into going to remote locations in search of Pokemon and have found themselves lured there by muggers. So if you’re going to play the game, use some common sense.

The lure of the game escapes me, but it is good to see people getting outdoors. If society is going to depend of electronic device, at least a game like this gets them out of the house, helps them socialize and helps people with anxiety and depression.

While I’m not going to play, I did find myself driving my son to the park the other day so he could catch some Pokemon. If he’s going to play, then I guess I can get onboard and support him to catch as many Pokemon as he can. ggould@mihomepaper.com