The stigmas we perpetuate about Flint 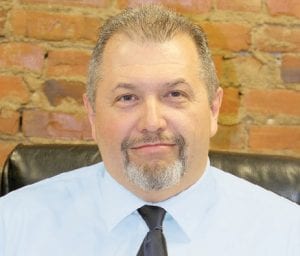 Flint — murder capital of the nation.

Flint — downtown is nothing but boarded up store fronts.

Flint — Don’t go there or you’ll be robbed and shot.

I’ve been hearing this for years. It’s funny when I tell people I’m from Flint, or from the Flint suburbs, I always get this look which usually involves a wry grin, followed by some sort of wisecrack that usually starts out with “oh, I’m sorry to hear that…”

Sure, Flint has taken some pretty serious hits these past years. There is more crime. There has been problems in local government there, including a state takeover. And General Motors pulling out much of what it once had here in Flint has had a negative impact on the community.

But is it as bad as people make it? As bad as some of us make it ourselves? I confess to being guilty to bashing Flint.

A joke between friends about making sure I duck if there’s a drive-by shooting while I’m downtown or warning someone to check an address before they go to Flint so they don’t end up a crack house. Funny at the time, perhaps, but truthfully it just further perpetuates the city’s bad rep.

When I go downtown, whether it’s on business or for entertainment, I don’t feel afraid when I walk down the street. I don’t see that there’s that many boarded up businesses on Saginaw Street. But with all the bad publicity the city gets its hard not to see just the negative side of Flint.

There are certainly problems there and one would be naive not to have that in the back of one’s mind when going into Flint from the suburbs or from outside the area. There are some neighborhoods where caution would be advised, but in general a trip downtown or to the cultural center is not something that should be feared.

I lived in an apartment in Flint’s East Village for about six months in 2005 and while I never left my doors unlocked, I felt safe there. There’s crime in the suburbs, in some cases just as bad or worse than in the city. There’s drug in the suburbs, there have been two murders this year alone in the Grand Blanc area and the economy has left vacant storefronts in more communities than just Flint.

Yes, homicides and shootings are up. Most, if not all of those, are not incidents directed against outsiders to the community. And you can look at a variety of reasons why these problems exist, but really it comes down to the economy. Times a rough and there are always those who will resort to violence — either out of frustration over their situation or out of what they consider necessity.

I guess my point is: give Flint a chance. I’m not suggesting people go there blindly and not be aware of the potential for crime, but give Flint events, businesses and attractions consideration.

If Flint continues to slide and we don’t stand up for it, the fallout will go on to adversely effect all of Genesee County.