THE TIME IS RIGHT FOR RACING IN THE STREET

‘ROADKILL NIGHTS POWERED BY DODGE’ IS BACK AND BIGGER THAN EVER 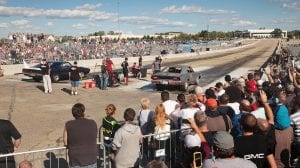 The Dodge brand is again sponsoring TEN: The Enthusiast Network to expand “Roadkill Nights Powered by Dodge,” the popular drag racing event and popup car festival, which will be even bigger and better for 2016.

Following a hugely successful launch during the Woodward Cruise Week near Detroit last year, even more muscle is being put behind Roadkill Nights, expanding to two cities in 2016. Stops this year include the Kansas Speedway in Kansas City, Kan., June 18, and the Woodward Cruise Week in Pontiac, Mich., Aug. 19. Screaming fast eighth-mile times will be rewarded, as TEN will give cash prizes to drivers of Dodge cars who finish in first, second, third and fourth place at each event (details at Roadkill.com/Events).

“When more than 10,000 performance enthusiasts flooded the gates at the first ‘Roadkill Nights Powered by Dodge’ event at last year’s Woodward Cruise Week, we promised the event would be back, and it is,” said Tim Kuniskis, Head of Passenger Car Brands — Dodge, SRT, Chrysler and Fiat, FCA — North America. “Even more than a pure enthusiast event filled with drag racing, thrill rides and live music, Roadkill Nights gets people off the streets and onto a track run by professionals, so they can really show how their hot rods perform in a more controlled environment.” 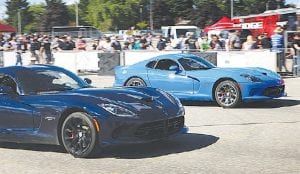 Thrill rides in Dodge Vipers were a key attraction at the Roadkill Nights Powered by Dodge event.

In August, Roadkill Nights returns to Pontiac, Mich., on Friday, Aug. 19. Additional details will be announced in the coming weeks. 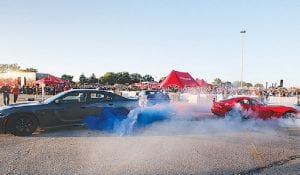 About TEN: The Enthusiast Network 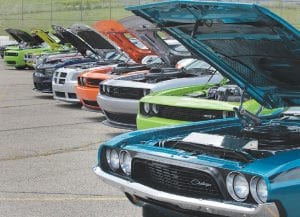 Dozens of classic and modern muscle cars were on display at the Roadkill Nights Powered by Dodge event.