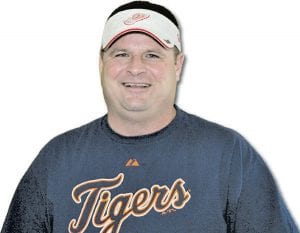 It’s not very often that the Fat Guy leads off with a tennis story but this week I will. I am not much of a tennis fan at all for those of you who know me or read this column every week. What piqued my interest is the accomplishment of Roger Federer at The Championships Wimbledon this past weekend. Roger won Wimbledon for a record eighth time, passing Pete Sampras and William Renshaw. In tennis years, Roger is ancient at 35 years old. Roger won Wimbledon this year and did not drop a set. Can you believe that? I can’t. Roger Federer, you are the man, and congratulations on your Wimbledon victory and 19th Grand Slam win. It was very impressive and left the tennis fans impressed, I promise you that. The Wimbledon winner for the women was Garbine Muguruza, who defeated Venus Williams. Congratulations to Garbine on her victory at Wimbledon. That’s it for tennis reporting for 2017 for the Fat Guy.

Big tourney across the pond

The British Open is taking place this weekend at Royal Birkdale in Southport, England. The defending champion is Henrik Stenson and I am not looking for Henrik to repeat at this year’s British Open. The weather always seems to play a factor at the Open. The chance of high wind and blustery conditions can always make this golf tournament interesting.

My pick to win this weekend is going to be Rickie Fowler. I cannot explain why I like Rickie Fowler; I just do. I love watching this tournament on television because of the golf courses and the design of them. The pot-hole bunkers are awesome and the greens are tremendous. The British Open is just flat out fun to watch so all you golf fans enjoy the action on the links this weekend.

The Detroit Lions open up an invitation to retired Calvin Johnson to attend Lions training camp. This is one hundred percent a kiss-up move by the lovely and lovable felines. Johnson was recently spouting off that the reason he left the Lions is because they had no shot at winning the Super Bowl. Huh? It took Calvin a decade to figure that out? We, as Lions fans, have accepted the fact that every single season the Lions have no chance at winning the Super Bowl! He also stated the lack of success as reason for not coming back. If we based lack of success for the Lions as criteria, there would be no watching or following the Lions, as there would be a zero fan base.

Come on Calvin, enlighten me with something I, and Lions fans, don’t already know. I think Calvin also figured out, just like the Barry Sanders situation, that Detroit wasn’t letting him out of his contract to go play elsewhere. Let’s also toss in the fact that the Lions wanted some money back from No. 81 and you can see Calvin’s bitterness toward the organization. I think it’s an interesting situation to follow as the Lions get ready to open up training camp. I am anxiously awaiting the start of the NFL training camps, as are the rest of you NFL fans. Can it really be that NFL football is only a couple months away? I will also have another Beat the Fat Guy contest again here this upcoming season. Details will be released in early August.

Are you all in?

July is when major league baseball teams decide if they become buyers or sellers for the last two months of the season. It is fun to watch teams decide if they should go all in or not. What do teams like the Milwaukee Brewers and Minnesota Twins do? Do they go for it, or stand pat for the stretch run? I look for the small-market Brewers to try and make a deal to win the division from the Chicago Cubs, actually.

The Washington Nationals, who have the worst bullpen in the major leagues, went after two bullpen pitchers in Sean Doolittle and Ryan Madison. The Oakland A’s have now given the Nationals a legit shot at winning the World Series. I actually wanted Sean Doolittle in Detroit. Why? I think his last name describes the Tigers bullpen perfectly! Bahahaha Doolittle!

If the Tigers trade pitcher Mike Fulmer I am going to blow a gasket. The rumors better be just rumors; that’s all I have to say. The Tigers’ fire-house sale is on. The only thing that is a mystery is who is going and who is staying! thefatguy@mihomepaper.com.