The value of community college 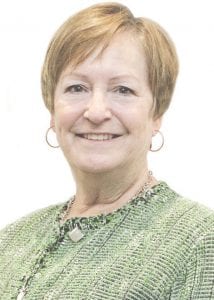 Last month, the New York Times ran an article about the rise of middle-class families sending their students to community college. As Professor Sara Goldrick-Rab of Temple University was quoted, “More middle-class parents are saying, ‘I’m not succumbing to the idea that the only acceptable education is an expensive one.’”

Being involved in workforce and talent development, I appreciate this perspective. Too often, I see community college shrugged off as a back-up plan when it offers a complementary and competitive option to its four-year counterparts.

This is especially true in Flint and Genesee County, which is home not only to some of the state’s best four-year universities and colleges, but also to one of the nation’s top community colleges. Over the past decade, Flint’s Mott Community College (MCC) has been repeatedly recognized by the prestigious Aspen Institute as one of the top 150 in the nation—an impressive feat considering that there are more than 1,000 community colleges in the United States.

At MCC, students have access to more than 100 different academic and occupational programs. They can earn certificates and associate degrees for a variety of career pathways. And thanks to the institution’s many partnerships, students can easily transfer their course credits toward a bachelor degree at many of Michigan’s public and private colleges and universities.

Considering that today’s average student loan borrower graduates with $37,172 in debt, the cost savings of community college makes for an attractive option. This is probably why 40 percent of undergraduates working toward their degrees and certifications in the United States today are doing so at community colleges.

It’s also likely that these students represent a wide range of socio-economic backgrounds. According to the aforementioned New York Times piece, a study looking at several two-year colleges found notable increases in the number of students whose family income was $60,000 or above. As more of these schools start offering free tuition initiatives – much like the Flint Promise scholarship available at MCC and later at the University of Michigan-Flint – “academics who study college pricing say they think the phenomenon is likely to take off further.”

I agree. I’m excited to see the impact Flint Promise will have in our community. Yes, it has the potential to encourage more students to attend community college in general. But more importantly, it opens a door to city residents who may never have considered pursuing higher education – not because they weren’t interested, but because it wasn’t as accessible to them before.

All of this is happening at a time when postsecondary education is more important than ever. Research shows that of the 11.6 million jobs created in the post-recession economy, 11.5 million require education beyond high school. And luckily for Flint and Genesee County, we have several highly ranked and affordable options to pursue that education right in our own community.

Elizabeth S. Murphy is the COO of the Flint & Genesee Chamber of Commerce.