A time to say goodbye 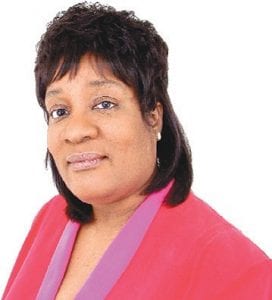 I totally empathize with folks gathering for a last hurrah this week at Carman-Ainsworth’s Woodland Elementary School.

After 55 years of schooling youngsters, Woodland will close on June 8. In September, the building will house an alternative high school.

I’m told that no formal ceremony is planned for Woodland’s fun-filled finale but many alumni are expected so there’s bound to be some sentimental moments.

Woodland has been a bigger source of events for me to write about than any other C-A elementary school. I will miss it.

But nothing lasts forever — especially not buildings.

I’m feeling extra sentimental because I’ve recently said my own goodbyes to two significant buildings in my life.

One is my old high school in Detroit and the other is The Flint Journal building in Flint where I worked for 28 years.

The old Journal building reportedly was recently sold. Besides housing my memories, its archives held local history dating back to 1924 when the building opened and beyond to 1876 when the paper was first published.

I spent a lot of time using that library’s vast historical resources while writing the book, “Bronze Pillars: A History of African- Americans in Flint.’’

Every award and many of my achievements for 28 years were linked to The Journal building, including meeting my husband.

Under the circumstances, it was not that hard to cut the purse strings when I voluntarily left The Journal in 2007, but the emotional ties are harder to sever.

Whatever becomes of the building at 200 1st Street, in my mind it will always have the presses running and reporters and editors buzzing around the newsroom cranking out the daily paper.

It’s where I was when

Beecher 6-yearold brought a gun to school and shot a classmate to death in 2000.

There is no place on earth I would rather be than in a newsroom during a crisis.

As for my old high school in Detroit, unlike Woodland and The Journal, it will no longer exist in a few more weeks. A newly built school will replace it in the fall.

Among many good, bad and “firsts” memories, also going with the baby blue art deco building is a national claim to fame gained from a T-shirt worn by Eddie Murphy’s character in “Beverly Hills Cop.’’

Not enough people seem to care when a building with long history is razed or closed. Some say it’s just bricks and mortar. But a workplace or a school is a home away from home where people can become like “family.” It’s hard to lose that.

What else can I say but thanks for the memories and please pass me a tissue.