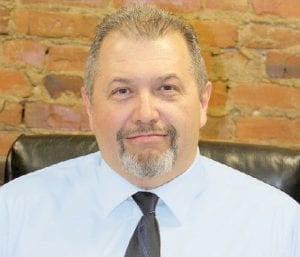 I’ve stepped into the middle of a warzone, it would seem. My girlfriend’s quiet neighborhood is actually under siege by an army of hopping, cotton-tailed menaces who are systematically destroying the plants and flowers the people of this fine community use to beautify and landscape their lawns.

I’m talking about bunnies, hares or as Elmer Fudd would call them – wabbits!

Anita and I took a walk recently through her neighborhood and it was during this walk I discovered the quiet, mild-mannered woman I’ve been seeing these past few weeks is actually waging a war to preserve her beloved plants and flowers.

Walking along I pointed out to her the large number of rabbits we saw hopping about the neighborhood. I, being naïve, thought they were cute. Anita did not agree. The mere mention of the word “rabbit” nearly sent her over the edge.

Fists clenched, teeth grinding, she acknowledged my keen observation with what almost sounded like a growl, but was actually the words: “I know.”

Sensing her dislike of the cute little beasts with their wiggling noses and flighty disposition, I asked her if she had a problem with rabbits.

Anita went on to explain, and then to show me, the destruction these bunnies had inflicted upon the plants and flowers on her deck. The leaves and flowers of these poor plants were whittled away to nothing.

Sitting inside later, we watched as the offending rabbit came out, hopped up onto the deck right in front of us and began to mull over his dinner selection for the night from the remaining plants still on the menu.

Unlike many of the other rabbits in the neighborhood who appeared skinny, this Bugs

Bunny wannabe was fat and obviously well cared for. Anita had unwittingly done a very good job of feeding this rabbit.

After scaring the little monster off, Anita decided she would Managing Editor replace her plants with something they didn’t like. A trip to the local greenhouse would be necessary. Seeing the darkness in her eyes as she spoke of poisonous plants and taking revenge, I decided it was best that I stayed out of this one – though I did suggest the placement of motion sensing alarms, spotlights and razor wire around the deck to keep the plants safe.

On a mission several days later, she returned from a trip to the greenhouse with plants they had assured her the rabbits would not care to ingest. Proud of herself, Anita made plans to plant this new foliage with new hope it would fend off future raids by the local rabbit population.

Taking another walk around the neighborhood, though, we spied a homeowner who had put up a small fence to block the steps to his or her deck, keeping the furry pests away from their flowers. I could see the lightbulb go off over Anita’s head with that one and I fully expect this war between woman and wabbit (I mean, rabbit) to continue for the rest of the summer.