Wrapping up a summer with tags 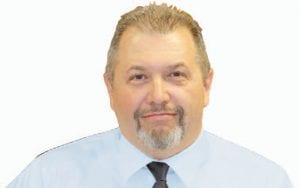 As the summer winds down and fall looms just a matter of weeks away, I thought it would be a good time to share my latest offering of vanity plates, collected from across the county and throughout the state.

Here’s some the plates I’ve noticed over the summer months:

FLINTSTR — Is he calling himself a “Flintster?” Is that some new version of the old moniker “Flintoids” residents gave themselves in the 1970s? And of course the “Flintstones” in the 1990s? I’m sorry, we’ll always be Flintoids as far as I’m concerned.

2BLUEYZ — I suppose promoting the fact you have “two blue eyes” is better than having two black eyes.

DRKKNHT — An obvious Batman reference. This fan of the Caped Crusader should have pimped out his car to look like the Batmobile as well. I wonder if he pulls up to the drive-thru and announces in a deep, gruff voice: “I’m Batman.”

MELLOIN — I saw this car parked in a lot outside a store, the stereo was blaring loudly with a Tupac song (yes, I know who Tupac is) and the driver was eased back in his seat. He was definitely mello.

L8KER — What? In Pistons territory? That’s blasphemy! Tell Kobe Bryant and Dwight Howard to go back to Los Angeles. The real Bad Boys are in Detroit. OK, well at least they were back in the days of Bill Laimbeer, Rick Mahorn, Isiah Thomas and Joe Dumars — the days when no one would have even considered putting a “Lakers” plate on their car.

MYTRYBE — Your “tribe?” Is that like the Cherokee Nation tribe, or are we talking the hip hop group A Tribe Called Quest. Either way, you spelled it wrong. According to the ever-knowledgeable Google, there is an obscure social networking site for “likeminded people” called MyTrybe.

Perhaps this is an advertisement for such a site. Remind me not to “like” this on Facebook.

One” or “Elvis Won” because I really don’t think the man won anything after ending up dead on the commode from a prescription pill overdose. He still is, however,

THRONES — This was on the back of a Corvette. I had to wonder if it belongs to a fan of the HBO television show “Game of Thrones” or if it’s a Biblical reference to “The Thrones” which are celestial beings who are living symbols of God’s justice and authority. No, I’m not a Biblical scholar, I just play one when I use Google on the Internet.

MZTHANG — If you know you are “all that and a bag of chips” then I guess you are entitled to license plate MZTHANG. My question is if the owner of this car gets married, is she MRZTHANG? If she married a guy with a license plate called PLAYA and decides to hyphenate her name, is she called THANG-PLAYA? These are important questions that need to be answered.