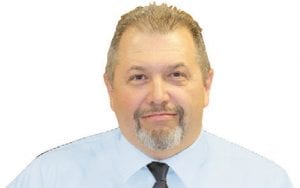 A fter 11 years I still sit back on the anniversary of the 9/11 attacks and wonder when politicians will stop using it to further their agendas.

Within hours after the World Trade Center was in ruins, the Pentagon was damaged and 3,000 people were left dead, politicians were already putting their spin on things.

George W. Bush was the first to exploit the tragedy. His administration created the Department of Homeland Security. They used the attacks as the basis for the invasion of Afghanistan and even linked it somewhat to the Iraq invasion. Bush also used the fear created by the attacks to create courts that operated outside U.S. law to try suspected terrorists and a prison at Guantanamo Bay, Cuba, to house them — again outside the law.

Barack Obama has used the attacks to his benefit as well. The Navy SEAL raid carried out on his watch, by his order, that killed 9/11 mastermind Osama bin Laden is a feather in the president’s cap he wears proudly. Certainly it is something for the administration to be proud of, but the real heroes were the Navy SEALs who carried out the strike.

It was refreshing to read on Tuesday both the Obama and Romney campaigns had suspended negative ads in observation of the anniversary of the Sept. 11 attacks.

Allowing the day to go untarnished by politics was a positive move by both candidates. What would be an even better stance for both to take is the exclusion of 9/11 issues — past, present and future — out of the campaign entirely. We want a president to be tough on terrorism and to give us strong homeland security. We don’t need constant references back to Sept. 11 to accomplish this.

American people into voting a certain way or to allow certain losses in freedom and liberty to go unheeded. As I nation I think we have dealt with 9/11 and we’ve come to grips with what happened that fateful day 11 years ago.

We will always remember where we were that day. We will remember our reaction and images we all saw on TV that day are forever burned into our memory.

But like the World Trade Center and Pentagon, we’ve repaired and rebuilt ourselves. We are stronger today than we were then. The nation has been through a lot in those 11 years, but I think we have persevered. We don’t need to be reminded by politicians what happened 11 years ago, we just expect our leaders to do the job they were elected to do and protect us without taking away any more of our freedoms.

Those who died on Sept. 11, 2001, should not be forgotten, nor should the deeds of the men who carried out those attacks. But they should not be used by politicians to evoke frightening images of what happened, or what could happen again.