Land of the free? Don’t be so sure 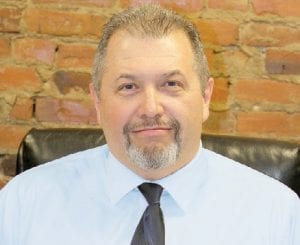 More and more I see things happening in our society that downright worry me. The political landscape today is rugged terrain where it’s hard to find a happy medium. Everything has become so divided it has become almost impossible to escape the partisan rhetoric.

Politics has descended to what I think are some of the lowest depths I’ve ever seen. Many of our elected officials don’t represent the people as a whole they represent special interests.

Candidate A supports the Christian movement, Candidate B represents gays and lesbians, while Candidate C is there to see after the interests of the rich and Candidate D is in league with labor.

Why can’t we have politicians who are there to represent all of us? I don’t feel we have that and maybe we never have, but we should. Why are the only people who run for senate, governor or president rich people? Yes, it takes money to run a campaign, but finances has made it so we can’t elect Joe Smith, our friend and neighbor — he doesn’t have a chance.

How is that freedom when our vote is limited to only those individuals who have money or the backing of a lobby?

Another trend I see in politics, now more than ever, is politicians bullying the people who put them in office. You see it everywhere. In one Genesee County community we have officials telling people they can’t collect signatures on a petition at City Hall. In another a woman was threatened with arrest if she didn’t stop collecting signatures to recall Gov. Rick Snyder during a parade. If we’re free then why can’t we do these things on public property.

 Gov. Snyder and the Republican Party in Michigan waging war against teachers. I hear the rhetoric almost daily about how “terrible” Michigan teachers are and how the GOP is trying to protect our children from them. I’m not saying there isn’t blame to go around for the state of education in Michigan, but the blame doesn’t fall solely upon our teachers. It makes me question who we really need to be protected from.

 President Obama said this week Social Security checks may not go out to senior citizens in August unless the Republicans raise the debt ceiling. That is extortion, plain and simple. Government has an obligation to take care of the young, the sick, the elderly and our troops first and foremost. Don’t threaten to withhold the money they’ve earned because you’re trying to force political rivals to give in to your demands.

 The chairman of a village council in Genesee County tells resident who wish to speak at a council meeting they only have three minutes each at the podium, then cuts those people he doesn’t want to listen to short by a minute because he doesn’t have a stopwatch and “thinks” their time is up.

This is why I say we are not a free society. We accept what government dishes out to us and we complain about it, but never do anything to change these injustices. And yes, one person can’t do a whole lot but if more and more people come together and say these things are wrong — maybe something can be done to take our government back.