Repairing cars not in the blood 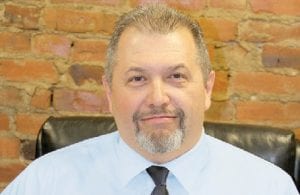 I have never been a mechanically minded person. Whether it’s a home improvement project or car repairs, I am not a do-it-yourself kind of guy.

It isn’t that I haven’t tried to fix things, or take on a home improvement project; I just tend to make things worse when I get my hands on them.

There was the time as a young, firsttime homeowner I was installing locks at the house and put the keyholes facing inside the building ( great if you want to lock yourself in).

Or there was the time I tried to tackle a brake-job on my car and got everything done, only to drive off and crash through a fence when the new brakes failed (how exactly does one ‘ bleed the brakes?’).

And then there was the time I changed a tire in on a cold winter night and failed to tighten down the lug nuts (because I was in a hurry due to the freezing temperatures) and the tire flew off a few days later while driving down the expressway ( glad I wasn’t driving).

So that brings me to my recent foray into car repairs. My van has been experiencing a host of mechanical difficulties and to save some money I’ve tried to go the home mechanic route. Of course I’m not stupid enough (anymore) to attempt this on my own. I’ve sought the help of my cousin Brian who is a pretty decent mechanic, but I’m pretty sure after he’s worked with me enough on my problematic vehicle long enough he’s going to give up.

This van is a do-it-yourselfer’s nightmare (or dream if you enjoy this sort of thing). Every time we try to tackle one problem, we uncover two or three more. Getting into the tight engine compartment to change something simple, like a thermostat, has proven to be difficult even for Brian’s more experienced hand.

There has been plenty of cursing and flared tempers, reminding me of why I hate working on home repairs. Years of working with my dad fixing his lawn tractor, the house and cars all come rushing back to me when Brian or I find ourselves cussing the van out for not being more simple to work on.

Injuries are another thing that reminds me of working on home and auto repair projects as a kid. Thankfully my dad never cut off any body parts in his home improvement ventures, but he was known to draw his own blood from time to time. A smashed finger, slamming his head into something by accident and ending up with a goose egg (we found him unconscious once under a tree where he’d struck his head while working on something in the yard — he was OK, but I think the tree was broken).

So all these years later I’ve realized while some of my family is good at repairing cars and taking on home improvements, there is a price to pay in lost tempers and assorted injuries.

Brian summed it up best working on the van recently: “It doesn’t get fixed right until blood is drawn.” I told him that was a good theory for our family, but I’d prefer not to be the one bleeding … and then he accidentally slammed me in the head with an errant elbow as we worked in that confined engine space.

I guess there was a reason I became a writer, not a mechanic.