Penny for your thoughts 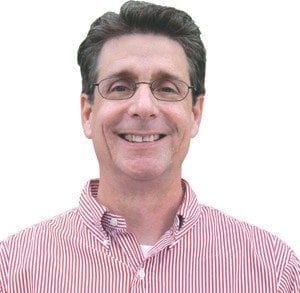 Oh the simple, lonely penny. It conjures up so many thoughts.

The mention of the penny is part of modern language though many people probably have little idea to the origin. And now the future of the coin is in jeopardy itself. But does it even matter? That’s the deep question of the day.

Benjamin Franklin’s famous line, “A penny saved is a penny earned,” is something that you say which means it is wise to save money.

The saying “a penny for your thoughts” is an English idiom simply asking people to volunteer their opinions on an issue being discussed.

To say something is going to “cost a pretty penny” is to say it will cost a lot of money.

Well, you get the point.

But soon the penny may be just a memory.

Recently Canada began phasing out its penny. And some economists believe the United States should be following its neighbor’s example.

The U.S. Mint is facing a problem — especially during these penny-pinching times. It turns out it costs more to make pennies and nickels than the coins are worth.

And because of that, the Barack Obama administration last year asked Congress for permission to change the mix of metal that goes to make pennies and nickels, an expensive recipe that has remained unchanged for more than 30 years.

Given the number of coins that the mint produces — 4.3 billion pennies and 914 million nickels last year alone, those costs add up pretty quickly: a little more than $100 million for each coin.

But even though Treasury has been studying new metals since 2010, it has yet to come up with a workable mix that would definitely be cheaper, and it has no details yet as to what metals should be used or how much it would save to do so.

American consumers have shown they don’t value the penny, even if most polls show opposition to getting rid of the coin. Heck, we even leave the currency behind on gas station and convenience store counters for the next person to use. How valuable can it be?

Businesses say rounding to the nearest nickel would save time for both their cashiers and their customers. But they’re reluctant to push for a change that could spark a backlash. That’s exactly what happened last summer when Mexican food chain Chipotle started rounding at some of its high volume stores.

A nonpartisan, investigative arm of Congress is calling for the United States to stop printing dollar bills and switch entirely to $1 coins instead.

Why? Because the Government Accountability Office believes it could save Uncle Sam money.

A $1 coin typically costs about 30 cents for the U.S. Mint to produce, but then the government can sell them to Americans for a dollar each. That financial gain is called seigniorage, and over a period of 30 years, it could save the U.S. government about $4.4 billion, the GAO said. These coins typically last around 30 years. So when is a coin simply a currency or part of cultural folklore? A penny for your thoughts. jhogan@mihomepaper.com

Get out and enjoy the parksSeeking answers from elected officialsRemember When …