A truce is needed between the state and the MEA 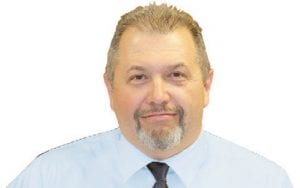 I was wrong. Gov. Rick Snyder and the state GOP don’t have it in for teachers necessarily. They are gunning for labor unions — specifically the Michigan Education Association, but in reality all bargaining units.

My feelings over labor unions are admittedly mixed.

On one hand I can see their usefulness in preventing companies or government from using employees as doormats. They were born out of a time period when workers were often treated very poorly and they gave the labor force in this country the ability to stand up for their rights.

I also can see the other side of the coin. In my opinion unions often fight too hard for the workers, entitling them to wages and benefits which work against the employer to the point they can no longer afford to do business. Labor unions, I think, contributed to General Motors’ flight from Flint and the thousands of jobs that were lost here.

Snyder and GOP have been at war with the Michigan Education Association since he became governor. There has been a constant war of words and the MEA stepped things up recently by encouraging recalls against Snyder and other key GOP lawmakers.

At the same time Snyder and his crew are working on legislation to make it so school employees don’t have to join a union when they are employed somewhere. The administration has been lining up the legislative means to take on unions across the board, specifically with the Fiscal Emergency Powers the governor has been granted. If a city, township or school district ends up in state receivership the governor — or his appointed representative — has the power to terminate existing labor contracts to pave the way to making that entity “fiscally strong” again.

This ongoing war between the GOP and the MEA has to end soon. If both sides truly want to do what is in the best interest of the children in the state, they need to find a way to come together and work things out. Bickering, name-calling and powertrips that arise from recalls and

“fiscal emergency powers” are not doing anyone any good.

The MEA and other labor unions representing school and government workers need to be more willing to make concessions in these tough economic times, while the governor and the

GOP need to stop with the corporate union-busting methods.

Both sides need to sit down, hash out their differences and figure out what is in the best interests of our children. What can we do as a unified state to better educate our children and to more efficiently pay for it?

But of course that’s not going to happen. Lines in the sand are being drawn by both sides, each eager to see this battle play out.

If the GOP wins, teachers, school staff and municipal workers no longer have unions to protect them and they can further push the agenda they think will put the state back on financial track.

If the MEA wins, key politicians face recall, we all spend a lot of money on special elections and they go back to safeguarding their members.

Neither side truly seems to care about educating the children, but more about winning this current fight. It’s too bad all that effort couldn’t be put toward something more constructive.