Pro golf event is all about community 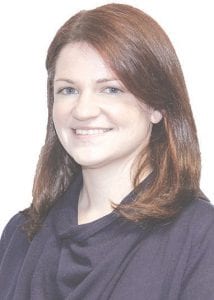 This September, 78 golf professionals will compete for a $2-million purse at Warwick Hills Golf and Country Club in Grand Blanc. But the players aren’t the only ones who stand to benefit from the second annual Ally Challenge presented by McLaren. The impact of the PGA TOUR Champions tournament can be felt throughout Genesee County.

One important outcome of the event is that it provides a platform to highlight our community’s vibrancy to such a large audience. Not only is the event broadcast on the Golf Channel, it attracts visitors both near and far. In fact, last year’s tournament set a record with more than 66,000 presale tickets – twice the average sold at most Champions tour events. That’s huge, and it’s a great opportunity to showcase the beauty and amenities of our region.

As Tournament Director Chris Coffman has explained in previous interviews, one of the key ways the Ally Challenge measures its success is by “making a difference in the local community” – which is why it places such an emphasis on the charity component.

As in the case of all not-for-profit tournaments under the PGA TOUR umbrella, the Ally Challenge donates its net proceeds to support local nonprofit organizations. It also offers Michigan charities the opportunity to solicit donations and pledges based on the number of birdies made during the September event.

Not only do participating organizations receive 100 percent of collected donations through Birdies for Charity—they’re also guaranteed a 10 percent bonus match. It’s a wonderful opportunity for donors to maximize the impact of their gifts to some of the many nonprofits making a difference in this community.

In total, last year’s tournament awarded just over $800,000 to local organizations—the second largest charitable accomplishment in the history of the PGA

Tour Championship. That includes $365,000 each for the Community Foundation of Greater Flint and Junior

Achievement of Southeastern Michigan. It also includes the $26,721.75 raised thanks to the 876 birdies recorded during the 2018 tournament.

Looking forward to this year’s event, which will be held Sept. 9-15, United

Way of Genesee County and Genesee County Habitat for Humanity have been selected as primary beneficiaries, and 17 nonprofit organizations are currently registered for Birdies for Charity. Among them is the Genesee Area Focus Fund, the Flint & Genesee Chamber of Commerce’s nonprofit arm behind programs including YouthQuest, TeenQuest and Summer Youth Initiative.

What’s more, a new 5K road race has been added to the Ally Challenge agenda. Offered in partnership with the Crim Festival of Races, the CANUSA 5K Run and Walk will benefit the Greater Flint Olympian Games and CANUSA Games—an important and longstanding local tradition.

It’s great to see professional golf back in Flint & Genesee, especially when it comes in the form of such a community-focused event. To learn more about the Ally Challenge’s charitable efforts, visit www.theallychallenge.com/charity.

Kristina Johnston is the CFO of the Flint & Genesee Chamber of Commerce.