Things that make you go ‘Hmmm!’ 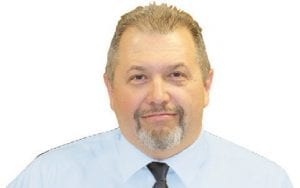 My girlfriend gave me a list of 50 questions the other day and I read them over for a good laugh. The list is called “Questions that haunt me” and it is a series of queries about silly questions you can’t really answer.

Defying the absurd, I set out to answer a few of these zingers. Here are my findings:

• “ Why is it people say they ‘slept like a baby’ when babies are up like every two hours?” Good question. I know from my own experience my daughter would stay up all night. When I’d rock her back to sleep I’d fall asleep myself and wake back up in the chair to look down and see her still wide awake, staring at me. I think “slept like a baby” pertains to a baby who’s been given Benadryl and has been essentially knocked out for the night.

• “ Why does Goofy stand while Pluto remains on all fours? They are both dogs.” True, and this might be a valid question if it didn’t deal with a cartoon. A cartoon, I might add, created by a company that also features a talking mouse and duck wearing a sailor outfit.

• “ Why do toasters always have a setting that burns the toast to a horrible crisp which no decent human being would eat?” I’m sure there are plenty of “decent” humans who would eat burnt toast if they were hungry enough. I’m pretty sure, though, this setting was created just to tick people off.

• “ Why do banks charge a fee on ‘insufficient funds’ when they know there’s not enough money?” Because that way you can overdraw your account and the bank can slap you with even more fees until you finally discover you’re overdrawn and are carrying multiple fees which you now have to pay. One of the many reasons I no longer use banks.

• “ Why did kamikaze pilots wear helmets?” My guess is so they wouldn’t bang their head in combat and be unable to complete their mission. Or if they were shot down before reaching their target they had a chance to eject and be saved so they could kill themselves another day.

• “If people evolved from apes, why are there still apes?”

Those were the apes that didn’t get the memo.

• “ Why do they use sterilized needles for death by lethal injection?” because some inmate on deathrow would complain it’s cruel and unusual punishment to use a dirty needle and the ACLU would take their case to the supreme court.

• “If a bull is color-blind, why would it attack red?” I think it has more to do with the annoying guy in shiny tights waving the red cape in his face. Or maybe the fact that very same guy just stabbed him with a sword.

• “Can you cry under water?” If you’re about to get eaten by a shark, I suppose its possible.

• “How is it we put a man on the moon before we figured out it would be a good idea to put wheels on luggage?” Because prior to 1969 people weren’t as lazy as they are now and didn’t require wheels to carry their luggage around on.

That’s all the wisdom I can impart on these questions for now, but I’ll share more some other time.