The Whiting heads “Into the Wild” with Jack Hanna 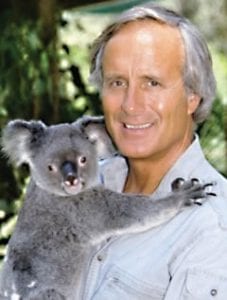 Jack Hanna will be at The Whiting Oct. 10 with his show, “Jack Hanna’s Into the Wild Live.”

FLINT
— The Whiting is thrilled to present Jack Hanna’s Into the Wild Live, presented by Nationwide Insurance as part of its 2010-11 season on Oct. 10, at 3 p.m.

Ticket prices range from $15-$39 and can be purchased online at TheWhiting.com,
by phone at 810-237- 7333 or 888-8-CENTER or by walk-up at The Whiting Ticket Center. The Whiting is located at 1241 E. Kearsley St. in Flint, just off I-475 between the University of Michigan Flint and Mott Community College on the Flint Cultural Center campus. This performance will be ASL interpreted.

As a child, Jack spent his days cleaning animal cages for his local veterinarian and exploring the creek behind his house. Today, Jack Hanna explores the corners of the globe as one of the most visible and respected animal ambassadors in the world. His enthusiasm and “hands-on” approach to wildlife conservation has won him widespread acclaim as an author, television personality, conservationist, and director emeritus of the Columbus Zoo and Aquarium.

Recognized around the country as America’s favorite zookeeper, Hanna has made countless television appearances since 1983 on shows such as Good Morning America, CNN’s Larry King Live, The Ellen DeGeneres Show, Fox News Programs, and the Late Show with David Letterman.

Hanna took his infectious energy to the airwaves by creating two of his own nationally syndicated television programs Jack Hanna’s Animal Adventures and most recently Jack Hanna’s Into the Wild.

Into the Wild is unscripted and action-packed — be sure to tune in as he and his family explore the corners of the globe and discover amazing animals and cultures. In its first seas on, Into the Wild won an Emmy for Outstanding Children’s Series. — G.G.