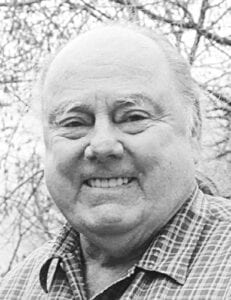 THEODORE LAWRENCE BICKERSTAFF, 73 of Burton, left us early this October, 2020. He was known affectionately around Davison, Michigan as “Larry the Mailman” for 40 years. Larry was called to war shortly after joining the Davison Post Office, his long tenure as a mail carrier interrupted only by his tour in Vietnam as a US Army chauffeur to high ranking officers. Larry was born in Detroit on January 20, 1947 to Emily (Casabon) Bickerstaff and Theodore Tulon Bickerstaff. He was the first among his circle of high school friends to reach each of life’s longevity milestones, and is the first to leave. Rarely, if ever, did Larry utter an unkind word about anyone, even those who may have wronged him. Quiet, intelligent, and with a sparkle in his eye, will be how most will remember him. Larry valued his friends and his family, but struggled with clinical depression which at times prevented him from fully engaging with them. Larry began to travel later in life, and had many enjoyable trips with Jimmel Tours. In 2018, Larry traveled to Tishomingo, Ms to reunite with extended family, much to the delight of the entire Bickerstaff clan. His cousin, Janet Stoner of Kalamazoo, Mi, joined him there. Larry’s memory will be kept close by special friends from the Davison High School Class of “65 (Ed Rachwitz, Bob Haverberg, and Phil Kowalski). A large extended family of cousins, former coworkers, and friends, including those made while traveling with Jimmel Tours also mourn his loss. Larry will be laid to rest at Fort Custer National Cemetery, Augusta, Mi. There will be no funeral services. To honor Larry’s memory, contributions to the Davison VFW Post or St. Jude Children’s Research Hospital would be appreciated. Arrangements provided by Sharp Funeral Homes, Miller Road Chapel, 8138 Miller Rd., Swartz Creek. Tributes may be shared at www.sharpfuneralhomes.com