Time for a change 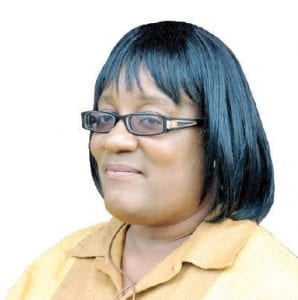 After working nearly 40 years as a reporter in Genesee County, I have decided to hand in my press pass at the end of the month.

Much has changed in this community since I arrived in January 1980 as a suburban reporter for The Flint Journal — some good, some bad.

For many years, I was the neighborhoods reporter which took me into every nook and cranny of Flint including its worst neighborhoods. I wrote about the valiant efforts of block clubs and neighborhood associations struggling to keep the city safe and vibrant. Recently I drove through some of those neighborhoods – call it my farewell tour – and was surprised by what I saw.

Many homes and businesses I once frequented have been razed or replaced. But it was good to drive down streets in supposedly bad areas and see that some residents still take great pride in keeping up their homes. It was good to see businesses long abandoned being rehabbed for community service use. I was especially wowed by the gated entrance to Kettering University and the manicured park nearby that used to be the General Motors Chevrolet plant.

One way you know for sure you are getting old is when you can remember what used to be on this corner or that one, that is now gone.

When I arrived in Flint, the General Motors jobs exodus had just begun. Those good-paying jobs benefitted generations of area residents. It’s been an uphill climb to replace them.

I recall the brouhaha over the “Roger & Me” movie portrayal of Flint as an economically devastated city and I especially remember the uproar circa 1987 when Money magazine ranked Flint as one of the worst places to live in America. Crime problems have not helped Flint’s reputation and most recently the water contamination crisis added more stigma.

So, it was like deja vu to read a recent article in USA Today about a study ranking Flint as the second worst city to live in in the United States, second only to Detroit. The article cited Flint’s 44.5 percent poverty rate, 9.8 percent unemployment rate (double the annual national rate), a violent crime rate triple the state rate and only a 10.5 percent rate of residents with a bachelor’s degree.

Flint was one of 600 cities examined in the U.S. with populations over 50,000. Many of these rankings are too generalized to accurately reflect a community’s true worth, but it is valuable to see ourselves as others see us in order to develop a game plan for improvement.

This contrasts with a small protest at the June 18 Flint Township board meeting at which a few residents objected to a June 6 article in Bridge magazine titled “Flint Township tells the world: Please don’t confuse us with Flint.”

The protesters labeled the article racist because it cited poverty rates and racial makeup of the city and township, both drawn from U.S. Census data. Turns out the author of the article is black and a veteran, seasoned journalist.

Trust me, you have to be pretty thickskinned to be a journalist. “Kill the messenger” is a long-standing response to people getting factual news they don’t agree with or don’t want to hear.

Now, given the horrific shooting of five people in a Maryland newsroom last week, it seems that kill the messenger is now being taken literally.

Sadly, that is even more motivation for me to exit stage left. I’ve worked for View Newspapers for seven and a half years – mainly covering Flint Township. I will miss it.