Time out! Can we stop debating the halftime show? 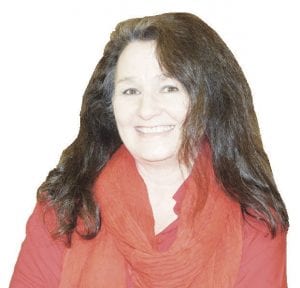 I didn’t watch the Superbowl halftime show, so curiosity forced me to look it up on Youtube. Based on Monday’s social media feeding frenzy, I expected to see something thoroughly lascivious, bordering on pornographic.

Now that I’ve seen it, I have to ask, what’s all the fuss about?

The show did not meet the threshold of appealing to prurient interests.

So, I’m starting to wonder why so many friends chose to home in on the sensuality, brief as it was, and not the energy, strength, stamina and hours upon hours of hard work required to hone those dance, vocal and musical skills. And let’s not overlook the dedication and sacrifice it takes to sculpt an athletic body.

I will admit that the pole dancing had its moments. However, Jennifer Lopez, at 50 years old and in heels, shimmied up a pole – in other words, a prop – and that was impressive. If I can walk up the stairs without one or both knees popping, I consider it a small victory.

There was some talk of the costumes, which is really a mute point. You see less fabric on professional cheerleaders and, I might add, female volleyball players whose uniforms are just one thread away from rendering them naked. (Seriously, they can’t at least wear boy shorts?)

And then there was the discussion of the dance moves. I’m kind of befuddled that we’re still having this conversation some 60 years after Elvis Presley hipchecked that scandal.

A lot of people dance. And, in case you haven’t noticed, that’s kind of hard to do without moving your body. The hips being a part of the body, and connected to other parts of the body, it would naturally follow that they would move during dancing.

I have been to many dance recitals and competitions. And I’ve seen a lot of girls, from teenagers to toddlers, shake their hips. When the dancers are 2 years old, people think it’s cute and amusing.

When the dancers are 12 years old, some people gasp and whisper words like, “inappropriate.”

Maybe the problem isn’t the movements, but that we’ve been programmed to sexualize the movements – and the fit female body – in all contexts. It’s not the movement that determines whether a dance is inherently seductive. It’s the context and the interpretation that the viewer applies to it.

And here I have my own hang-up. At a recent competition, one team of girls danced the cancan, which made me uncomfortable. I can’t get past the history of the dance to appreciate that it’s very technically and physically challenging, and a flawless execution of the dance is an artistic coup d’etat. But that’s my problem.

If you thought the halftime show crossed the line, that might be your problem. Did it tip-toe on the line at times? Maybe. Maybe not.

Overall, it was an impressive display of talent, skill and hard work. And I loved the Latin flair.

Lania Rocha is a staff writer for the View Newspapers. Contact her at lrocha@mihomepaper.com.