TMI: A few true facts about yours truly 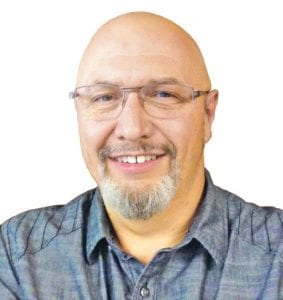 I was thinking the other day about all the things people don’t know about me. Yes, I do keep some things to myself despite my tendency to sometimes offer up too much information, both here and on social media.

So here it is, full transparency, all the burning questions you’ve ever wanted to ask but never really wanted to know the answers to. A few frivolous facts about me:

I have memorized the lines from the Disney animated movie The Many Adventures of Winnie the Pooh and can say Pooh’s lines in his voice. As a child my daughter, Lucy, liked to watch the same movie over and over until she finally burned out on it. Watching the movies with her, she eventually fell in love with the Pooh movie and I found myself oddly enjoying it myself. Eventually I memorized the lines and then in time, I found I could do Pooh and Tigger’s voices. Like I said folks, frivolous facts.

As a child, a neighbor boy and I accidentally set an apple orchard on fire. It started out innocently, two young rascals playing with sparklers in an orchard where tall grass had grown and, over the hot, dry, 1970-something summer, had become a major fire hazard. We lit the sparklers, the sparks lit the grass and poof — the orchard was on fire. The fire department came, put out the fire — which could have been much worse, and I was grounded by my folks for the first (and only) time growing up.

I become completely out-of-sorts when someone rearranges my living space. I guess I don’t like change.

I didn’t listen to popular music and rock until I was almost 10 years old. My dad liked Big Band and my mom was into ’40s-’50s and ’60s music. I eventually got a little radio and would spend time (outside) listening to bands like Foreigner, Journey, KISS and AC-DC. My dad never cared much for my music, but that’s OK…I hear some of what my kids listen to today and I’m equally unimpressed. Yes dad, I finally get it. As a teenager my buddies and I used to have sleepovers at my place where we’d sneak out and walk (in the dark) about a mile through a field, some woods and down a railroad track to go watch R rated movies at the old Miracle Twin Drive-In. We could see the movies, but mostly without a soundtrack. To this day I still don’t think I’ve ever seen Cheech and Chong’s Up In Smoke while listening to the words and music.

Through my career I’ve met Vickie Lawrence (Mama’s Family), Barry Williams (Greg Brady), Col. Oliver North and I’ve spoken on the phone to George Takei (Mr. Sulu from Star Trek) and Bill Cosby — before he got in trouble over that whole business that landed him in court.

That’s probably more than readers wanted to know, so I’ll save more for another time. Like they say: “It’s all about moderation.” ggould@mihomepaper.com