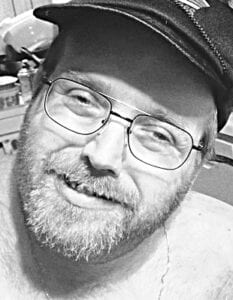 TODD SCOTT, 47, of Vassar, died Thursday, May 13, 2021, at Covenant Health Care-Cooper. In accordance with Todd’s wishes cremation has taken place. That desiring may direct memorial contributions to the family. Expressions of sympathy may be placed on Todd’s tribute page martinfuneralhome.com.

Todd was born in Pontiac, Michigan, on May 22, 1973, the son of Mr. and Mrs. Phil and Penny (Brewer) Scott. Educated locally, Todd attended Pontiac Central and late obtained his GED. As a young man, Todd met, fell in love with, and was married to Denise Klingler on February 15, 1992, in Lake Orion, Michigan. As a child, Todd lived in Alaska while his father was stationed there in the Armed Forces. Growing up Todd loved traveling to Lewiston, Michigan to visit the family cabin there. He loved spending time with family. Todd enjoyed watching the Red Wings, Jerry Springer, and Murry. His favorite movies were, Step Up, Fast and Furious, and Bring it On. In his free time, Todd enjoyed playing games on his tablet, Solitaire was his favorite, he also enjoyed his Simon says game. Todd loved family gatherings, he really enjoyed spending time with his wife, children, and grandchildren. At family gatherings, they would often enjoy games such as Skipbo, Uno, and Spoons. There were occasional times when the games got overly competitive, but it was always fun and Todd made sure of that. Todd was a great man, he is loved and will be missed dearly,

Todd was preceded in death by his mother-in-law, Patricia Klinger.