Tomek to compete in Olympics on U.S. women’s rowing team 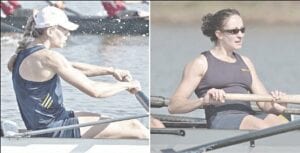 FLUSHING — Former Flushing native Ellen Tomek will be returning to the Olympics this summer to represent Team USA and the U.S. Women’s Rowing team.

At 37, Tomek is one of the older Olympians participating in the 2020 women’s rowing competitions. She competed in the 2016 Rio Olympics on the U.S Women’s double sculls team with partner Meghan O’Leary and made it to the finals, where she and O’Leary placed sixth.

Tomek graduated from Flint Powers Catholic High School in 2002 and earned her undergraduate economics degree at the University of Michigan-Ann Arbor in 2006. She is currently training in Redwood City, Calif.