Carman-Ainsworth had little trouble moving the football last Saturday in its Div. 1 semifinal game against Clarkston. The problem was hanging on to it.

The Cavaliers lost two fumbles and an interception, and Clarkston capitalized on each one to post a 61-26 victory and earn a spot in the state championship game this weekend at Ford Field. The fourthranked Wolves (12-1) will play No. 6 Detroit Catholic Central (11-2) at 1 p.m. Saturday.

Carman-Ainsworth ended the greatest season in the school’s 28- year history with an 11-2 record. The unranked Cavs set records for victories and longest run in the postseason, capturing district and regional trophies. Our story ran in the Nov. 28 edition.

With all of the movement and school closings in recent years in the area, several local high school sports leagues have gotten quite a facelift. That is most true of the Saginaw Valley League, which has seen quite a bit of change in the past five to six years. 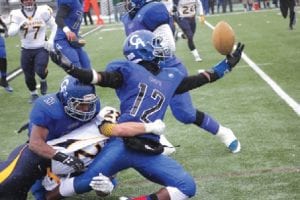 The Valley has lost schools due to closure, added schools, split into divisions and even lost a school to another league. Now the SVL has announced a radical configuration amongst the divisions, however, the change will only occur on the football field.

“We’re adding Lapeer and Flushing is leaving; that’s the main change,” said Pete Ryan, athletic director at Saginaw Heritage and SVL commissioner. “But as far as league configurations, we’re still discussing that. At this point, that’s the only change that’s going to happen other than we’re going to make some changes with football to eliminate some byes, but all of the other sports at this point are going to be the same way. (The new configuration) is for football only.”

The alignment will remain the same in other sports as far as the north and south divisions go. However, in football, it will now be the red and blue divisions. The red division will include Bay City Central, Carman-Ainsworth, Flint Northwestern, Lapeer, Midland, Mt. Pleasant and Saginaw Arthur Hill while the blue division will be comprised of Bay City Western, Davison, Flint Powers Catholic, Flint Southwestern, Midland Dow, Saginaw and Saginaw Heritage. Our story ran in the Dec. 5 edition. 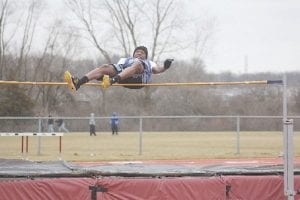 The Carman-Ainsworth track program has plenty of awards and accolades from years past, however, the Cavaliers added to that legacy on Wednesday when the boys’ team won their first ever Saginaw Valley League championship with 130.5 points.

On the boys’ end, Cleandre Robinson won the discus, tossing it 134-feet, 8-inches and Bryant Hudson placed second in the 110-meter hurdles in 15.62. Tyler Minor ended up in third place in the long jump at 20-feet, 8.5 inches before the 800-meter relay team of Jevonte Alexander, Antwon Curtis, Kiyon Bush and Minor placed first in 1:31.97. 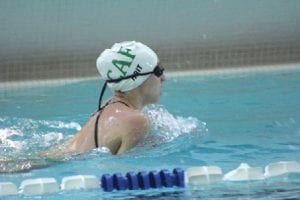 Then the 400-meter relay team repeated the same feat as Alexander, Bush, Minor and Logan Banister won the race in 43.97, while Hudson locked up second place in the 300-meter hurdles in 39.96. Curtis then locked up second place in the 200-meter dash, finishing in 22.64 and the 1600-meter relay team of Banister, Alexander, Curtis and Willy Bradfor won in 3:24.75. Our story ran in the May 30 edition.

Ja’Quin Jones went on to tie for fourth place in the high jump at the state meet with a leap of 6-feet, 5- inches.

It’s official. Flushing has been voted into the Flint Metro League after the league principals voted at their meeting Tuesday morning. Pending Flushing Board of Education approval, Flushing, with an enrollment of 1,277, becomes the eighth Metro League member starting with the 2014-15 season.

“This was a decision that was made by looking at all of the data. We took action to vote Flushing into the FML based on their presentations, facilities and offerings. I feel we made a great choice in selecting Flushing,” said Kearsley High School Principal and League President Brian Wiskur Tuesday.Carman- Ainsworth athletic director Bob Root was clearly disappointed — and frustrated — with the decision. 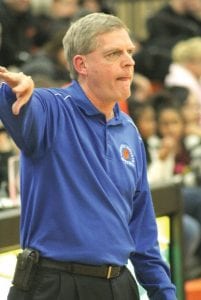 “We’re disappointed,” Root said. “I still don’t understand why we can’t all come together in this area instead of picking and choosing leaving others out instead of coming together to get everyone back under a community league for competitive purposes, travel and everything else involved. Now, we’re right back to five teams again and with our co-ops, possibly cannot offer those sports now. It’s just disappointing.” Our story ran in the Aug. 15 edition.

Root’s coaching career began in 1978 at Flint Northern as a 22-year-old. He coached at Northern for six years before coaching at Ainsworth High School for two years. Ainsworth merged and Root became the coach of Carman-Ainsworth for the next 12 years. After 20 years, Root resigned and took nine years off before coming back to coach the Cavs for the last six seasons. Our story ran in the May 16 edition.

Root is finishing his 13th year as athletic director and finished his 26th season as a head coach in the winter with 381 victories. Root did not want to do a disservice to his athletes and felt it was best to step down.

“I guess I don’t have the energy and desire to put in all the time in the offseason that is required,” said Root. “That is when you work with kids to improve their games and make them better basketball players.”