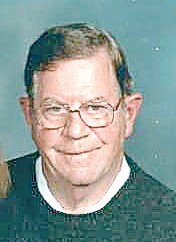 “John MacGillivray was a powerful voice for the entire community and known for his calm, statesmanlike approach to all of his public service endeavors,’’ stated the proclamation approved by the board of trustees and read by Township Supervisor Karyn Miller at the Aug. 1 meeting.

Born and raised in Flint Township, MacGillivray graduated from the old Dye High School and served in the United States Marine Corp. from 1953-56. He married his high school sweetheart Nina Miller in December 1955 and raised three children, a daughter Shawn and sons Mattison and Corey.

MacGillivray served the citizens of Flint Township in several positions from 1972 to 2007, the proclamation stated.

He was the township’s representative to the Genesee County Metropolitan Planning Commission and served on the I-75/US-23 Corridor Ad Hoc Committee, the Solid Waste Advisory Committee and the Airpark Airport Development Advisory Council.