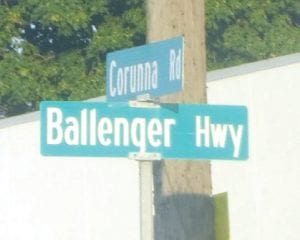 Caution advised at intersection of Ballenger and Corunna due to high number of crashes.

FLINT TWP. — Once again, a special-interest report has found that the intersection of Ballenger Highway and Corunna Road had the most car accidents in the Flintarea last year. This corner held the number one spot in 2014 and the number two spot in 2013 with a steady 25 to 26 wrecks annually, according to the report from Michigan Auto Law, a group of auto accident attorneys.

The next two intersections on the list are both in Flint just north of the I-69 interchange east of downtown. Both are tied with 26 crashes at each intersection. The S. Dort Highway corner is considered more dangerous because 16 of those accidents resulted in injuries — the second highest of any intersection in the city, according to the report. The list is the combined total of property-damage-only, injury and fatal car crashes.

“Our attorneys worked with and would like to thank the Michigan State Police Traffic Crash Reporting Unit, who collects motor vehicle accident reports from local law enforcement to identify what Flint roads and intersections had the most automobile accidents in 2015,” the law group said in a press release.

Extra caution is advised when driving through these intersections. Here is the list for the 2015 Top 10 high crash intersections in Flint.