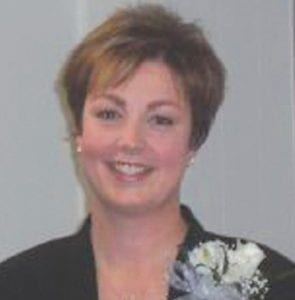 FLINT TWP. — Flint Township Supervisor Karyn Miller is one of six Democrats and two Republicans vying for the state representative for the 49th district seat vacated in May when Jim Ananich was elected state senator.

Miller was first elected township supervisor in 2008 and won her second term in November 2012. She kicked off her campaign last weekend at the Swartz Creek Hometown Days Parade.

Miller touts her stronger political resume than her opponents.

“I am am running for State Representative because I believe that the people of the 49th district deserve the best qualified person representing them and I know I am that person,” Miller said in a written statement.

“I am the only candidate in the race with experience balancing a multimillion dollar budget.”

She also said she is the only candidate with experience improving public safety and working with residents, business owners and the county Road Commission to get roads repaired.

“The economy is on the upswing in many parts of our state and the communities in the district need appropriate representation in Lansing to insure we share in that rebound,” Miller said. “I have the qualifications and experience to best represent the people of the 49th district. I look forward to talking with voters during the campaign about creating more jobs, increasing public safety, lowering taxes, and restoring funding for education.”

The Republican candidates are Patrick Duvendeck, 64, of Flushing Don Pfeiffer, 40, of Flint.

Duvendeck also has issued a press release stating his credentials. Among them, he is president and owner of PhD Automation, LLC, an industrial controls engineering and consulting firm; he worked for Buick Motor Division and GM Powertrain for 41 years, holds a Bachelor of Applied Science Degree in Industrial Controls Technology from the University of Michigan-Flint; is an adult leader for Young Life of Genesee County, and served on Young Life Board; and has been involved in Little League coaching and Cub Scout leadership for more than a decade.

He also stated in the press release that he is a supporter of limited government and is pro-life and pro-2nd Amendment (right to bear arms).

Democrat and Republican primary winners will face each other in the Nov. 5 general election.