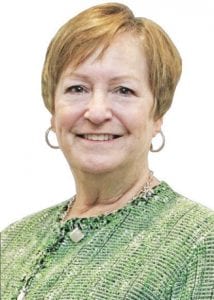 Ask any employer to describe their ideal employee, and they’ll probably give you a list of qualities including strong communication skills, good work ethic and the ability to problem solve.

While it sounds like this kind of job candidate would be relatively common, soft skills remain elusive in today’s talent pool. In fact, in a 2016 survey from the Wall Street Journal, most executives said they believe soft skills are just as important as technical skills, but a whopping 89 percent reported having a difficult time finding job seekers who have them.

Reports like this are not uncommon, and they underscore a need for workplace readiness training across the United States. Locally, the Flint & Genesee Chamber of Commerce offers pre-employment and leadership training through TeenQuest, a program available at no-cost to all Genesee County teens ages 14-19 in grades 9-12.

The five-week program is held two hours a day, four days a week, and focuses on helping teens understand how to meet and exceed employer expectations. We’ve found that hands-on activities resonate with these young participants – so much so that the lessons often stick with them for years to come.

A good example of this comes from a young man who was interviewed last year about his TeenQuest experience. Although he graduated from high school in 2012, he still remembers the day his TeenQuest facilitator held up a $20 bill and asked who wanted it. Everyone raised their hands, but this particular student stood up, approached the facilitator and said, “I’ll take it.” He got the $20.

As the TeenQuest alum later explained, he has applied that lesson – the importance of taking initiative – in every job he’s had since.

Because of TeenQuest’s interactive approach, its alumni gain a deeper understanding of what today’s employers are looking for. By the time they graduate, they’ve practiced goal setting and positive attitudes. They’ve learned how to write resumes and have participated in mock interviews.

This preparation doesn’t just benefit the individual students. It benefits their future employers, too.

According to a 2014 evaluation of Summer Youth Initiative (SYI) – a program that helps hundreds of TeenQuest alumni find employment each year – nearly all employers with both SYI and non-SYI employees rated their SYI workers as equally or better prepared than their non-SYI workers. Most notably, SYI workers most often out-performed their non-SYI counterparts in the areas of teamwork, communication, positive attitude, ability to adapt and commitment to job quality.

In a world where soft skills are hard to find, it’s clear that workplace readiness programs like TeenQuest give job seekers a competitive advantage. If you’re a parent or educator, I hope you encourage the teens in your life to sign up for the next TeenQuest session, which begins Oct. 29 at multiple sites in Genesee County.

Elizabeth S. Murphy is the COO of the Flint & Genesee Chamber of Commerce.