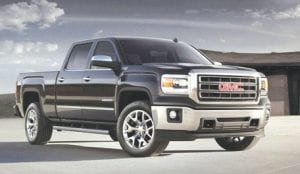 Sales for December and the year are in, and while all three Detroit automakers reported stronger vehicle sales, it was the truck that led the way for each manufacturer.

GM dealers delivered 2.8 million vehicles in the United States in 2013, retail sales increased 11 percent and total sales were up 7 percent compared with 2012. The all-new Chevrolet Silverado 1500 and GMC Sierra 1500 helped the company increase its full-size pickup sales by 14 percent in December. Overall, GM’s share of the $40,000-and-up light-duty pickup segment, which is about one third of the market, has increased 7 percentage points to 36 percent.

“2013 was the year that GM and the auto industry put the last traces of the recession in the rearview mirror,” said Kurt McNeil, vice president, U.S. Sales Operations, “so now we can devote our full attention to the things that matter most to customers: compelling design, world-class quality and delivering the best ownership experience in the business.” 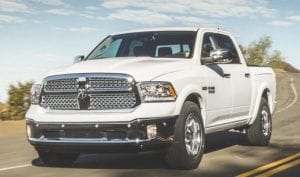 Chrysler reported U.S. December sales of 161,007 units, a 6 percent increase from December 2012 and the group’s best December sales since 2007. The Jeep and Ram Truck brands each posted double-digit percentage sales gains in December compared with the same month a year ago. “Chrysler Groupendedtheyearwitha6percent sales gain in December and our 45th consecutive month of year-over-year sales gains,” said Reid Bigland, head of U.S. Sales. “Our Jeep and Ram Truck brands had a strong finish led by the allnew 2014 Jeep Cherokee and the Ram pickup truck, Motor Trend’s 2014 Truck of the Year.

The Ram Truck brand, with its 22 percent increase in 2013, had the largest full-year sales gain of any Chrysler Group brand. Chrysler Group realized sales growth in both its car and truck segments during the year. Chrysler Group car sales in the U.S. were up 11 percent in 2013, while truck sales were up 8 percent. The Jeep brand set a global sales record in 2013. 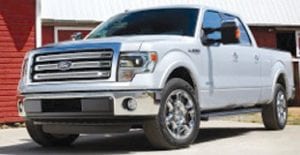