Truth is in the eye of the beholder 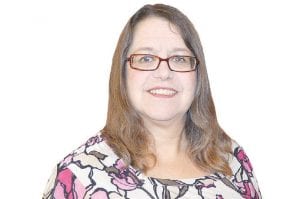 The truth is a funny thing. Jeff Bezos, CEO of Amazon recently gave an example of the power of the truth when instead of being blackmailed by risqué photos, admitted the truth of their origin and was willing to have them published.

That’s the kind of truth that attracts people to journalism. Truth, like light uncovers and exposes darkness. Lies and half-truths only serve those who would have power over their fellow human beings.

I remember the days when there were no such things as ‘alternative facts’. These days there seems to be some debate about the earth being flat and whether vaccines are a poisonous plot against the populace; and maybe I’m an old person but I tend to disagree.

We all make judgments about what the truth is, but it doesn’t actually change the truth. I am covering my first complex murder trial right now and it’s interesting to see not only the demeanor of witnesses, whether for or against the defense or prosecution.

Previously, I have seen witnesses in a bench trial (no jury) and it was similar in that each witness remembered things just a little bit differently, but not significantly enough to have changed the facts of the events which occurred.

There is a lot of research, too about memory and how trauma and stress of a physically violent situation can change how things are perceived. In the current trial, we have people who also admit to consuming alcohol and other mind-altering substances in addition, which produces its own interference with memory as well.

Some witnesses, despite being stone cold sober, seem to affected by “I couldn’t possibly be wrong syndrome”, even when contradicting their own, earlier testimony. Other witnesses seem to clearly be using selective memory, remembering well things which would make others look guilty and being less likely to remember things which make they and their friends look guilty.

A man’s life is gone and another hangs in the balance in this trial and aside from the tricks of the legal system, the truth usually finds its way out.

Within the last two years I have started to realize that perhaps things I thought I remembered correctly—might not be so true; as siblings and even children are adamant their completely different memory of the same thing is right.

Who knows what I’ve even forgotten by now? And I often wonder, too, if it even matters. I know the truth matters in murder trials and I have always wanted to know the truth of much of my early childhood, but it seems to take on less importance as time goes by.

I think perhaps this writer answers that question best: “He was still too young to know that the heart’s memory eliminates the bad and magnifies the good, and that thanks to this artifice we manage to endure the burden of the past.” Gabriel García Márquez, “Love in the Time of Cholera”

Paula Schmidt is a reporter for View Newspapers. Contact her at pschmidt@mihomepaper.com.