Tuba or not tuba 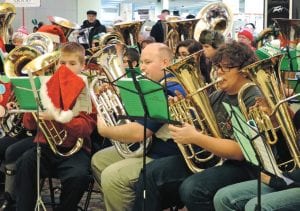 That was never in question for Carman- Ainsworth High School Band Director Benjy Jones and several CAHS band members who were among 58 tuba and euphonium players from 17 area high schools and colleges who performed last Saturday in the annual TubaChristmas concert at Genesee Valley Center mall. 2013 marks the 40th anniversary for TubaChristmas concerts/events presented worldwide, sponsored by The Harvey Phillips Foundation of Indiana. The local concert was coordinated and conducted by Christopher Heidenreich, assistant professor of Music at the University of Michigan-Flint. 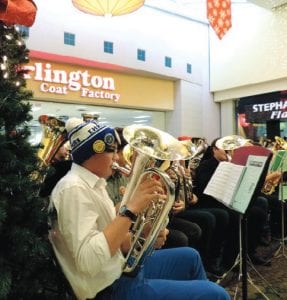