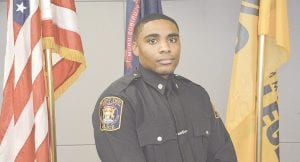 Wright holds bachelor’s degrees in criminal justice and sociology from the University of Michigan – Flint. He is a graduate of Swartz Creek High School. This is his first job as a police officer but he previously worked as a student safety officer for the UM-Flint Pubic Safety Department. 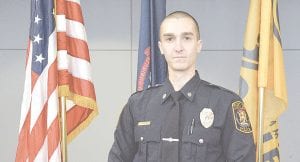 The township police department still has six openings for full-time officers, according to recruiting information posted on the township website at www.flinttownship.org/Portals/68/2017/UPDATED%20 QUALIFICATIONS%20FOR%20ENTRY%20LEVEL%20 PATROL%20OFFICER%20rev. pdf#page=1&zoom=auto,-14,880. Eligibility and application requirements are also provided there.

Wright and Chism are members of LERTA’s 11th session since the Academy offered its first class in September 2012. LERTA is a 16-week, intensive program that prepares students for the Law Enforcement Licensing Examination. LERTA holds two sessions each year, designed to coincide with the Fall and Winter Semesters at MCC.

LERTA is a professional learning environment that combines traditional classroom instruction, skill area instruction and practical exercises conducted by members of the LERTA staff as well as regional instructors.