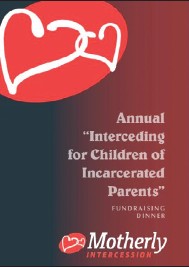 Donations are accepted on the website to help fund Intercession’s’ programs that include social, educational, nutritional and financial assistance to eligible children and their families. Fundraisers help support its services.

Rather than have the group repeatedly come back to the township board to request permission to hold each charitable gaming fundraiser, the board granted approval good for one year.

Trustee Frank Kasle asked whether the yearlong license gave the group leeway to do more than raffles. Supervisor Karyn Miller said they have to abide by state of Michigan gaming laws.

Act 382 allows nonprofit organizations to raise funds through the conduct of licensed bingo games, raffles, and the sale of charity game tickets. It also allows for the licensing of bingo halls and suppliers.

Motherly Intercession began 17 years ago as one woman’s mission to provide a Merry Christmas for one needy family, according to the group’s history. Founder Shirley Cochran visited the Genesee County Jail to find one mother who would not be at home with her children for Christmas.

Two weeks later, she received requests for help from 23 women. Unable to choose only one family, Cochran sought help from 13 friends and family members to raise enough money to help all the families that year.

After finding that no service in Genesee County targets this specific population, Motherly Intercession was formed and has expanded to help the children of incarcerated mothers and fathers.

The group’s Annual “Interceding for Children of Incarcerated Parents,’’ fundraiser will be held at on Saturday November 12 at the Northbank Center. 432 N. Saginaw, in downtown Flint. A Silent Auction begins at 4 p.m. followed by the program and dinner at 5 p.m.

The keynote speaker will be Dr. Charles Thomas Jr., a former Flint resident, writer, philanthropist, author, mentor and activist. He is the chairman of the board for OAR Fairfax, a nonprofit in Virginia that works with offenders to break the cycle of crime. rebuild their lives and improve the community.

Thomas is an adjunct professor of organizational behavior and leadership theory and practices and also teaches Life Skills classes to incarcerated men preparing to reenter society. Thomas was named the 2015 Emerging Influential Leader of the Year by the Northern Virginia Chamber of Commerce among other awards and recognition.