Twp. board pays tribute to the memory of retired police officer 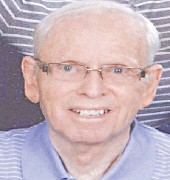 FLINT TWP. — Township Supervisor Karyn Miller called for a moment of silence at the township board meeting Monday night to honor the memory of retired police Lieutenant Charles Mack (Chuck) Laney, 85, who died Feb. 3 at Caretel Inns in Linden.

Chief George Sippert, who worked with Laney during the first ten years of his career, also commented on Laney’s passing. He served the Flint Township Community for 30 years from 1966 to 1996, beginning his career as a part-time officer and becoming full-time in 1977, Chief Sippert said. He was promoted to lieutenant in July 1983 and also briefly served as acting police chief.

“When he was working he was well-known in our business community,” Chief Sippert said. “At one time he was assigned to the Genesee Valley mall. Toward the end of career, he investigated all misdemeanor cases in our business district.”

Laney resided at the Woodhaven Senior Community for many years before his health failed and he was moved to Caretel, Chief Sippert said.

“We are sad to lose Chuck, but grateful for the service he provided.”’

Laney was a very active member of the Knights of Columbus, Council 8245 serving in many roles including Grand Knight, according to his obituary. He strongly believed in the mission of the Knights and was recognized by the Supreme Council with the highest distinction award for recruiting new members. This was one of his proudest accomplishments with the Knights. He enjoyed many activities including bowling, hunting, golfing, traveling and was a dedicated annual Flint Crim Race volunteer for many years at his favorite spot at Court and Bradley Hills. Laney also earned his pilot’s license and was a member of the Flint Police Flying Club.

Laney was born in his family farmhouse in Greene County, Missouri, Oct. 5, 1932 and graduated from Flint Central High School in 1950. He was drafted into the Army in 1952 during the Korean War.

He met Dolores (Dear) Laney, the love of his life, while working at his family’s Dairy Queen Restaurant in Flint. They married on Feb. 21, 1953 and lived an example of love and devotion for their four children until Dolores’ passing in 2012.

Laney graduated from DeVry University in Chicago. He worked in Sales and Repair at TV Engineers before becoming a police officer who mentored many young people and touched countless lives in the Flint Township community.

He was a devoted member of St. Pius X Catholic Church where he was an usher for many years.

The great joys of Laney’s life were his wife, children, grandchildren and great grandchildren. He is remembered as a wonderful, good natured man who was loved by many. He had a fantastic sense of humor and always had a joke or a funny story to share.

Left to cherish his memory are his children, Connie and Tom Goggins, Johnny and Ronda Laney, Donald and Victoria Laney; 8 grandchildren, and 9 great grandchildren

The family asked that any contributions in Laney’s memory be made to either St. Pius X Catholic Church or Powers Catholic High School.