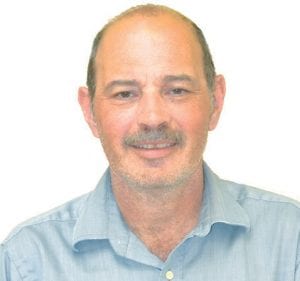 The NCAA Tournament has had its typical amount of big stories this year. There was Middle Tennessee State’s upset of Michigan State.

There was the run that Stephen F. Austin put together. There was Hawaii’s upset of California.

There was Arkansas-Little Rock’s win over Big Ten power Purdue. And let us not forget Yale’s victory over Baylor.

Yes, the tournament had its fair share of upsets in the first two rounds. But as usual the crème always seems to rise to the top as the tournament moves forward.

Two No. 2 seeds and one No. 1 seed have advanced to the Final Four. The only team that wasn’t supposed to be there is Syracuse.

Many people felt the Orange shouldn’t even be in the field. They struggled early in the season while coach Jim Boeheim served a suspension for improper acts.

Syracuse was just 4-5 in Boeheim’s absence, but the Orange have put together their best string of games when its means the most. Syracuse started with a win over a very good Dayton team then ended Middle Tennessee State’s run after its win over the Spartans.

Syracuse came back to defeat Gonzaga by three to set up its game against No. 1 seed Virginia. It didn’t look good for the Orange in the early going.

Syracuse was down by as many as 16 points in the first half. But the Orange’s vaunted zone defense and some big buckets from Malachi Richardson enabled them to come all the way back and earn a 68-62 victory.

Syracuse will have its hands full when it arrives at the Final Four. The Orange will have to play North Carolina.

The Tar Heels are the best left in the tournament. Led by point guard Marcus Paige, North Carolina has beaten all four of its opponents by 14 or more points.

The Tar Heels’ closest game came in the regional final against Notre Dame. North Carolina crushed the Fighting Irish by 14 points to claim the last spot in the Final Four.

The Tar Heels have to be considered the favorite coming into next weekend. But what about the teams in the other bracket? Nobody has had a better tournament than Sooners’ guard Buddy Hield. His play over the past two weeks has solidified his spot as the best player in the country.

His 37-point performance in the regional final against over Oregon proved that point. That puts Oklahoma in the other national semifinal against Villanova.

Coach Jay Wright’s team has been one of the most efficient teams in the tournament. The Wildcats are a team dominated by guard play.

Ryan Arcidiacono has been instrumental in Villanova’s drive to the Final Four. But the key to the Wildcats winning may very well be big man Daniel Ochefu.

If he can establish an interior presence, the Sooners will have to concentrate more on him. That will give the Wildcat guards more room to work and that would spell trouble for Oklahoma.

The tournament has turned out to be mostly chalk coming into the Final Four. Now the only question to be answered is will that hold true come Monday night?