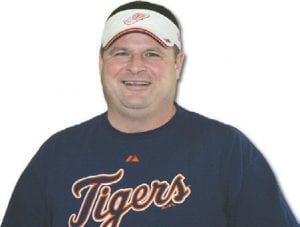 The Olympics have finally concluded in Sochi, Russia. The USA hockey team leaves without any kind of a medal, just like Russia. The USA lost a 1-0 heartbreaker to Canada. The USA was lucky it wasn’t 6-0, as Canada totally dominated us. The reason it wasn’t a rout was because Jonathon Quick was fabulous in goal for the USA. Canada ended up winning gold with a 3-0 win over Sweden. Canada has now won gold for the last two Olympics.

I feel as though the USA mailed it in against the Finland team for the Bronze medal. I would have thought a Bronze would have been better than nothing. However, apparently the USA hockey team didn’t feel the same way. The larger question is, will we see NHL players playing in the next Olympics? If I were a betting man, I would say no.

There were teams that suffered crippling injuries to their hockey teams for the rest of the season. Hockeytown lost Henrik Zetterberg for at least eight weeks after flying home to have back surgery. Henrik’s injury will hurt the Red Wings’ run to a playoff spot for sure. We, as Red Wings fans, know we all would love to see the consecutive playoff streak stay intact. The Red Wings opened play on Wednesday on the road at Montreal. This Red Wings team has very little margin of error in its playoff quest. I, for one, am glad the NHL is back. I love my Red Wings hockey.

How things change in one week in the Big Ten basketball standings. Last week, I wrote that Iowa would be in the best spot to win the title. Iowa then goes out and loses at home to Wisconsin. I retract my Iowa prediction. The new leader in the clubhouse, as we sports fans say, is the Michigan Wolverines! The Maize and Blue took down its rival, the Michigan State Spartans, this past Sunday, 79-70. The Wolverines swept the season series from MSU and have now won six of the last eight from Sparty.

I know many Spartys thought when Adreian Payne came back from injury the Spartans would take down Michigan. The majority of Spartans’ fans blamed that loss on injuries back when Michigan won in East Lansing at the Breslin. I think it’s time for college basketball to give recognition to one head coach John Beilein! Beilein has built quite the program at U of M after struggling early here in his tenure. He has put Michigan hoops back in the national spotlight and in Big Ten contention once again.

Let’s all be honest, nobody saw Michigan in first place this year in the Big Ten! If you did, you wore Maize and Blue-colored glasses. Derrick Walton Jr. has been steady as a freshman. Caris LaVert is a totally different player from last season and the improvement from him has been huge this season. It’s hard to grasp, but the State of Michigan has two great basketball schools to watch come March. I have had many Spartan fans say, Fat Guy, just wait until March and MSU will get it done. Well, I say March is here, time to shut up or put up. That statement is applied to both schools. Let’s hopefully see two long runs into the Madness of March and a possible Final Four trip. Go Blue! and Go MSU!

I am done watching the pitiful Detroit Pistons. I just can’t watch that garbage basketball anymore! Sorry, Pistons I have cashed you in for 2014.

The Tigers start spring-training games this week, so we all can keep an eye on that for now.

The Daytona 500 took forever last Sunday, but it was worth the wait for Dale Earnhardt Jr. and his fans. Dale won his second Daytona 500 in his career.

The first one came 10 years earlier in 2004. Dale is one popular driver, if not the most popular in NASCAR. It was a fun race to watch, I must admit.