UM had a great run 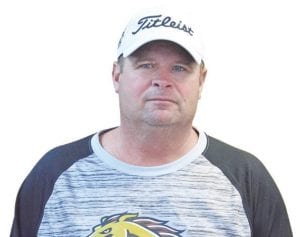 The Michigan Wolverines’ run in the NCAA men’s basketball tournament came to an abrupt an end Monday night. The Villanova Wildcats proved they were the best team all season in college basketball with a 79-62 victory.

The margin of victory was much larger than the nine-point win I had predicted. The Wolverines jumped out to a nice 21-14 lead and the upset possibility looked viable. Villanova had other ideas, though. They closed the first half on a run, and started the second half on a run, and then it was game over. The hot-shooting of Donte DiVincento, who came off the bench for 31 points and Most Outstanding Player award was too much for Michigan to overcome.

What is it with sixth men that kill Michigan in the Finals? All I could think of was Luke Hancock of Louisville in 2013 coming off the pine to pump in 22 points in Michigan’s last NCAA Finals trip. I think the Michigan’s run was tremendous and a great watch for three weeks. Let’s be honest, too. Michigan never had to play a top seed, which helped. They also won a basketball game they should have lost in Houston. The Wolverines only shot the ball well in one game, the win against Texas A&M. What the Wolverines did was play tremendous defense and ground out victories. I tip my fork to coach John Beilein and what he accomplished this season.

I had Villanova winning this thing when the tournament started and they completed the job. This was the Wildcats’ second title in three years and coach Jay Wright has built a heck of a basketball program. The Wildcats became the fourth team to win all the games by double digits in the tournament.

The curtain has closed on college basketball and the last three weeks were totally awesome. I felt better eating steak this week and not crow! Pass the steak sauce please!

The Detroit Tigers Opening Day was canceled on Thursday, but it did not damper my fun in the Motor City! The barley pops were flowing and laughing with my friends and telling stories never gets old. I was a little bummed because I do enjoy going into Comerica Park to watch a little ball be played. I sold my ticket for the Friday game, so it was all good.

The Tigers lost a wild game on Friday to the Pittsburgh Pirates after the umpires blew a game-winning call at home plate costing the Tigers the victory. The Tigers need all the wins they can get this season, so that one hurt in not getting the win.

This Tiger roster is loaded with young players and some who I consider not MLB talent. I mean, seriously, Niko Goodrum? Leonys Martin? Jeimer Candelario? Certainly not household names to us Tiger fans. To me it’s just a glorified Triple A baseball team.

The bullpen, well it’s the same ole, same ole, we are used to; awful! Let’s see how the summer plays out and I will be sure the end of the year roster will look different than the current roster. Go Get ’em Tigers!

The Masters weekend is here and so is the emergence of Tiger Woods. Tiger has played some decent golf leading into the Masters. The numbers don’t lie, either. When Tiger Woods is in the field, the television ratings go up and golf likes that.

The group for the first two rounds for Tiger will be Marc Leishman and Tommy Fleetwood. Let’s remember Tiger Woods has not played in the Masters in three years. It’s hard to believe it’s been that long. Tiger’s tee time is set for Thursday at 10:42 a.m. The question is, who will take home the coveted green jacket from Augusta National Golf Club? The young guys and old guys, who are 40-plus in age, all believe they can win. If you choose to believe the older players who say experience can factor into winning the Masters more than any other golf tournament, don’t forget those young guys hit it far and have won so much on the PGA Tour and at the Masters you have to wonder how much experience factors in?

Who does the Fat Guy like this weekend? I have a strong hunch on three players. I really think Paul Casey will make a run at the green jacket here in 2018. The other two hunches are Henrik Stenson and Jason Day, because I like his last name! The Masters is such an awesome watch this weekend. I would not miss Saturday and Sunday’s action for anything. thefatguy@mihomepaper.com