Under the arches in the year ahead 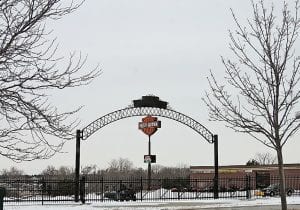 Vehicle City Harley Davidson on Austin’s Parkway at Miller Road and the I-75 freeway is making steady progress on big plans announced last year to turn its sprawling complex into a tourist attraction. Three replica Vehicle City arches like those in downtown Flint have been installed. Another coming attraction is a 1950s retro-style diner that was moved to the site last summer and is slated to open in the spring. Also part of the outdoor entertainment area is a demo test track for dirt bikes and ATVs, a paved pavilion, tiered grass seating and a bandshell. The whole shebang is surrounded by decorative wrought iron fencing. Expect to see activities rev up at that corner when everything is completed. 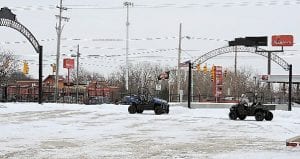