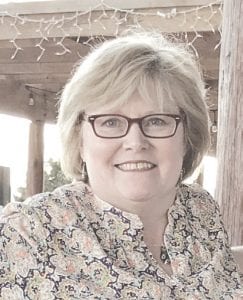 FLINT TWP. — In the summer of 2019, Jerry and Lynn Kerr tearfully saw their only child, Rowan, off to Sarah Lawrence College in New York. They quit their jobs, sold their Ohio home, and moved to Michigan to take positions as co-ministers at the Unitarian Universalist Congregation of Flint (UUCF), 2474 Ballenger Rd.

Yes, Flint. The city with soaring headlines about a water crisis that poisoned its people, decades of depopulation hurried along by the abandonment of big industry, a reputed high crime rate, high poverty, and crumbling infrastructure.

They saw through the smog of unfortunate headlines, dug a little deeper, and found a resilient community with an important David history that had contributed mightily to the Goliath national narrative.

They discovered a world-class cultural center and a rebirthing central city augmented by powerful foundations. And it became clear that their newly adopted home was really a college town of 22,000+ students enrolled in three major institutions of higher learning and several other university branches. 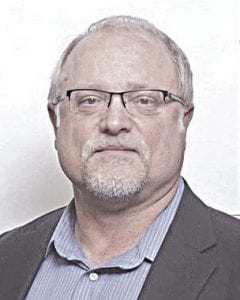 Most important, they matched up well with an enduring nine-decade faith community that needed new leadership in its pulpit after spending the two previous years without a full-time minister. UUCF traces its roots back to 1930 when a group of 15 persons responded to an ad which appealed to those interested in a “liberal religion” to meet at the Durant Hotel with Dr. Joy of the American Unitarian Association.

The Kerrs coupled up in 1994 during their first week at the UU Starr King School for Ministry in Berkley, California. Commonalities in their personal histories may have helped provide a spark of personal attraction.

Both grew up in small farming communities, Jerry in Bellefontaine, Ohio and Lynn in a section of rural northern Wisconsin populated by Polish Catholics. Neither was a UU in formative years. Jerry attended a Church of Brethern and became a Methodist; Lynn attended a Mennonite church. Each earned bachelor’s degrees in teaching—Jerry at Ohio State University, Lynn at the University of Minnesota. And both have devoted substantial time and energy to the health needs and social justice concerns of the HIV/AIDS community.

Lynn most recently served as minister to the Maumee Valley UU Congregation in Bowling Green, Ohio where Jerry served as assistant minister. Previously, she served in ministerial positions at the First Unitarian Church of Toledo, Ohio and at the First UU Church of Concord, Massachusetts. She also served as executive director of the Dana Greely Foundation for Peace and Justice and director of donor relations at the Unitarian Universalist Association.

Jerry, a graduate of Duke Divinity School, founded the Northwest Ohio Syringe Services “where injection drug users (were) treated with respect and compassion.” He notes that he never attended a single football game during his years at The Ohio State University.

By the way, consistent with the friendly charm and humility already observed by UUCF congregants, they both prefer to be called by their first names. Their folksy demeanor, however, should not lead newcomers to underestimate their fierce commitment to social justice values.

Both Kerrs joined 80 other area residents during a cold night on Dec. 17 calling for the impeachment of the current occupant of the Oval Office.

“Witnessing,” explained Jerry Kerr. “There’s a long, long tradition whatever religious denomination you’re in…For UUs you go out and witness what needs to be done in the world to bring justice. For me, it’s kind of a holy thing.”

“It was the right thing to do in terms or representing our congregation,” added Lynn Kerr. “They trust that we will make good decisions in representing them in the community.”

Lynn Kerr said she was “working the (impeachment) crowd” by initiating conversations with strangers. “I do some evangelizing wherever I go,” she said. “I do like to talk about who we (UUs) are…how we live our faith in the world.”

Only two months after the transition from Ohio to Michigan, Jerry Kerr found himself in front of a microphone at the Michigan Legislature in Lansing advocating for a law to expunge the criminal records of some nonviolent offenders who have served their time. “I’d been waiting for quite a time to do something just like this,” he said.

Both ministers reflected on the origin of their passion for social justice. “It’s sort of a natural, can’t help yourself…trying to solve problems” phenomenon for progressive people, mused Jerry Kerr.

“It wasn’t called social justice work when I was growing up,” reflected Lynn Kerr. She initially wanted to be a journalist. “I realized I wanted to help too much,” she said. “I wanted to do something (more). I had to be in some sort of helping profession.”

The Kerrs have sort of adopted a transgender Ugandan whose parents have disowned him in a land where LGBTQ status is illegal and life threatening. They periodically send money, messages, condoms, and other support.

“Social justice…it’s job number one”, concluded Jerry Kerr. Toward that end they are rallying Flintstones to support the Poor People’s Campaign in Flint on April 5 and 6 including a special emphasis on voter registration.

The son they miss dearly is studying philosophy and eastern religions at Sarah Lawrence.