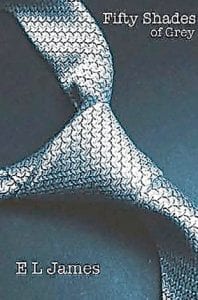 FLINT TWP. — Historically, June-August are the busiest months for the Genesee District Library with more families using the library while school is out. But summer reading fervor has cranked up this year because of the popularity of a book that isn’t attributed to GDL’s traditional Summer Reading Program.

GDL has never seen a response like this to any book of this genre, according to Trenton M. Smiley, GDL’s Community Relations Officer. 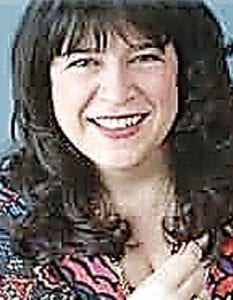 Genesee County readers are not alone in their interest.

Publisher’s Weekly has hailed “Grey” as the best-selling book of the year outselling its closest competitor by more than one million copies, based on data from Neilsen’s Bookscan which tracks sales.

“Grey” has held the

York Times bestseller list for 17 weeks. And for the last few weeks, the sequels have held the No. 2 and No. 3 spots while the boxed set was at NO. 7.

GDL, as of mid-June,

It is not unusual for a book to reach the 300-holds level but what is unusual is the growing demand for ebooks, according to Darwin McGuire, GDL Technical Services Manager, who tracks book reading data.

“We are constantly adjusting the number of copies in the collection to meet public demand,’’ McGuire said, noting that GDL tries to keep a hold-to-copies ratio of 5 to 1 for printed books.

The holds list for “Grey” is stabilizing but summer may be over before patrons at the end of the waiting list get their chance.

“Grey” has been available at GDL branches since the last week of May. But because of demand, a patron requesting it today might have a ten to 12 week wait, McGuire said.