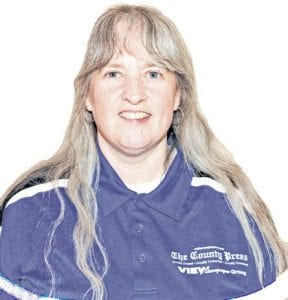 As the digital age continues to try to trump print media, sports departments across the nation are finding themselves in quite a predicament. Schools are outsourcing more and more of their stat keeping with those companies dictating 24 and 36 hour turnarounds.

The problem is, newspapers don’t have that turnaround. With basketball games ending around 8 and 10 p.m. every night and our press deadlines looming the very next morning, we don’t even have 10 hours of turnaround window, let alone two and three days. The whole situation kind of thumbs its nose at the instant-everything that that want-it-now generation craves, as the brokered stat people are now tasked with reviewing film from every game to gather the stats and then pass them back to the schools to distribute to their media sources, athletic departments and parents.

So, there we sat with another set of deadlines looming Friday afternoon. And, the very coaches who were embracing a new, and perhaps improved, way of getting more accurate game stats find themselves now having to spit out a Cliff’s Note version for us and other outlets. We need it now. Yesterday, actually. Not tomorrow, or the day after.

Starting with today’s edition, we are no longer adding the tag lines “no scores reported” in our sports reporting. It doesn’t really serve the purpose we intended it to in the first place. Either way, we lose. We can’t cover every square inch of the numerous counties we now cover. As you might have seen in last Sunday’s edition, we are growing. That’s a good thing. Job security and all that. It’s also good for the additional schools looking for local, hometown sports coverage. That brings me to our second problem. Times have also changed, and not for the good as I have waxed on about in my column space. We can’t be in Lapeer’s gym for a boys’ game and at the same time be in Oxford for the girls’ game. I understand the whole pressure cooker of keeping the boys and girls basketball seasons separate, but I don’t like it. I don’t like the separation of fan bases, the huge geographical void it leaves all sports reporters in, or what it does to the very student-athlete population that so richly deserves our coverage.

So, here’s what we are asking. If you are the area high school varsity stat person for basketball, wrestling, swimming, bowling and can get us an as-soon-as-possible set of stats, please do. A handful of coaches and statisticians are still simply taking photos of the scorebooks and leaving the rest up to us. That’s fantastic and we thank you for that. Others are going by “what I know” and leaving the stats a little open-ended. That’s fine, too. Best case scenario, that’s what we are both able to do given the time crunches; report what we know.

Dual-role reporters and photographers can’t do both well, so we concentrate on getting the exciting action photos of your kids and hope for some semblance of stats in our e-mail. It is what it is, I guess. I just want everyone to understand the new process we are seeing and why your kids’ stats might not be appearing in the paper like they used to. With every school district doing their own thing, it’s getting harder and harder to get what we need in a timely manner.