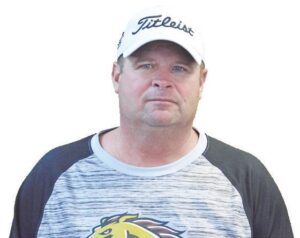 The Ryder Cup was an absolute rout by the U.S. team over Europe. It handed Europe its worst loss in a 19-9 margin of victory. How about the fact six U.S. Ryder Cup rookies tallied up more points than Europe did as a team!

The play by Dustin Johnson was a stellar 5-0 record over three days of golf. The feat accomplished by the man they called DJ had not happened since 1979. I ask, is the tide going to turn in Ryder Cup play? I hope so, because Europe had won nine of the previous 12 Ryder Cups. The next Ryder Cup will be in 2023 in Italy. All I can say is USA USA USA!

The Michigan State Spartans pulled out a 23-20 overtime victory over the Nebraska Cornhuskers. An absolutely huge punt return by Jayden Reed for a touchdown with under five minutes to play was the difference. The Spartan offense was basically in stall mode the entire night. Let’s just say a win is a win and MSU moves to 4-0. The Spartans take a break from Big Ten play and will host Western Kentucky this Saturday. I like Michigan State to win this football contest at home. The boys from East Lansing move to a sweet 5-0 on the college football season. 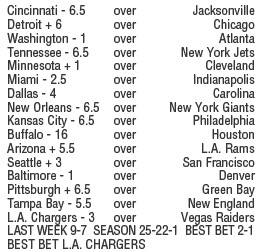 The Michigan Wolverines produced an ugly, ugly win over a feisty Rutgers football team 20-13. The Wolverines looked like this contest would be a rout leading 20-3 at halftime. However, the conservative Jim Harbaugh game plan almost cost Michigan the football game. The quarterback play of Cade McNamara tossing the pigskin needs to improve and quickly. Cade is a terrible passer and it can’t be sugar-coated. When he passes I close my eyes. I am not kidding. The Wolverines will leave the Big House for the first time and travel to Wisconsin. The Badgers of Wisconsin will be ornery after the whipping the Notre Dame football team administered to them 41-13 last Saturday. I will say, the way these two teams play offense I’ll take Michigan 6-3 over Wisconsin.

The NFL and its referees once again screw the Lions royally out of a huge upset win over the Baltimore Ravens. The Ravens had a delay game penalty not called on them at the end of the football game. The no penalty call allowed a Justin Tucker NFL record 66-yard field goal that bounced off the cross bar. It was a Tom Dempsey nightmare kick from 1970 — a then NFL record 63-yarder that beat the Lions. If it seems impossible it’s never impossible when the Detroit Lions are involved in the equation on the football field.

I want to state that the improvement of this Lions team every week is evident. The Lions are competitive and improving. I tip my steak knife and fork to the Lions players and coaching staff. I smell a Lions victory this Sunday in Chicago! A Fat Guys’ nose is always right.

The smell of a victory prediction: Roarrrrr to a Win 23 and Fields of No Dreams 20.

The Major League Baseball season will end on Sunday. The American League division winners will be Tampa Bay, Chicago White Sox and the Houston Astro’s.

The wildcard race is really, really tight. The New York Yankees and Red Sox are currently the leaders. However, Toronto and Seattle both have outside chances to sneak in. The Toronto Blue Jays have a big series with the Yankees this week. I am pulling for the Bluebirds (as I call them) to sweep the Yankees.

The National League race has two divisions up for grabs the East and the West. The East comes down to Atlanta and Philadelphia. The West comes down to the Dodgers or the Giants. The wildcard is simple: it’s the St. Louis Cardinals and the loser of the West division, which will be the Giants or Dodgers. It’s October baseball baby, my favorite time for baseball.

I can be reached at the fatguy@mihomepaper.com.

NFL picks are next ……