Valentine’s customs then and now 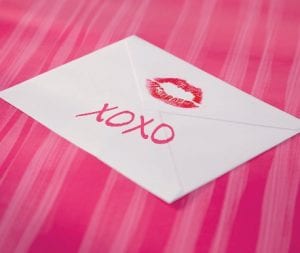 Gone are the days where Valentine’s Day notes were handwritten. Today we rely more on mass-produced greeting cards.

Valentine’s Day is a holiday during February that commemorates love and romance and also the patron Saint Valentine. The history of St. Valentine is shrouded somewhat in mystery, and there are beliefs that many different people went by the name St. Valentine. One such individual was a holy priest who served in Rome, Italy. Some historians surmise that he was jailed for defiance during the reign of Claudius II, sentenced to death, and became a religious martyr. Pope Gelasius marked February14 as a celebration in honor of his martyrdom in 496 AD. Today, the Catholic church recognizes at least three different martyred saints named Valentine or Valentius.

So how did St. Valentine’s Day transform from a religious holiday into one far more secular? During the third century in Rome, Claudius II decided that single men served better as soldiers if they were single and had no attachments at home in the way of a wife and family. Thusly, he outlawed marriage. St. Valentine didn’t agree with the views and reportedly performed marriages for young lovers in secret. It is this which may have propelled Valentine’s Day to be more about love than religious obligation.

Another legend says that Valentine himself authored the first Valentine card. It has been rumored he fell in love with a woman — the jailer’s daughter — while in prison and sent her a letter. He signed it, “from your Valentine.”

No matter the origins of the holiday, today St. Valentine’s Day has become a day where love is celebrated. Lovers send each other cards and tokens of their affections. It is customary to go out for dinner and send flowers. Chocolates and roses seem to go handin hand with Valentine’s Day events.

Although certain customs have become commonplace, some customs of Valentine’s Day have fallen by the wayside.

One such custom is the “drawing of names” that took place in the 18th century. Names of men and women (equal numbers of each) were placed into two different containers. A lottery of sorts took place where one man’s name was drawn and matched with a woman’s name. The people called were called “Valentines,” and the pairing was considered a good omen of these couples marrying later on.

Another lost custom was of a man wearing a paper heart with the person he loved’s name written on it. The heart was pinned to his sleeve, which gave way to the expression, “wearing one’s heart on one’s sleeve.” A woman could do the same type of thing by wearing a charm known as a love-badge near her heart.

Where now we send out mass-produced Valentine’s Day cards, original Valentine’s were handmade and personalized letters. Within them individuals could write their exact sentiments to a loved one.

On February 14th, people nipped by the love bug partake in many customs to show their love. How will you show that special someone you care this year?