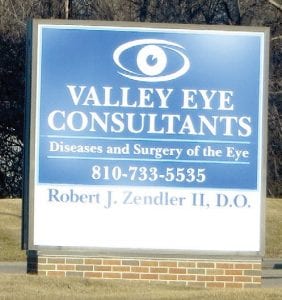 FLINT TWP. — The sign out front has changed but the use is pretty much the same for the contemporary brick office building at 4281 Lennon Road at Dutcher Road that had sat vacant since April 2013.

Since March 25, it is now Valley Eye Consultants, the office of ophthalmologist Robert J. Zendler II, who relocated from the Cornerstone Office Park at Linden and Court Street, also in Flint Township.

The 5,000 square-foot offices was built in 2006 and previously owned by another ophthalmologist, Edward P. Stack, who moved his office in 2013 to the Gateway Center in Mundy Township.

With the move, Zendler now has a bigger building, according to his officer worker. He now owns the building but was leasing his previous space, she said.

His staff of about 10 is the same and provided services also are the same, she said.

Zendler has been practicing for 31 years and specializes in treating conditions including glaucoma, keratitis, acute conjunctivitis, cataract and diabetic retinopathy, according to his WEB MD biography. 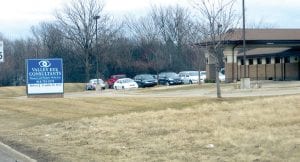 He performs ophthalmologic exams and lens and cataract procedures. He is affiliated with Genesys Regional Medical Center.